The buildings were grand and impressive, vessels to behold on the waves of desert plateaus. They were oriented to the stars and heavens, a perfectly placed window could illuminate a ceremonial chamber with a ray of light from the solstice sun. These are the facts, but
the rest is a mystery.
There is no one understanding of Chaco, no singular definition. It functions as a spiritual mirror: the energy, the life story, the dreams a person puts into Chaco reveals a sacred space of one’s own design. 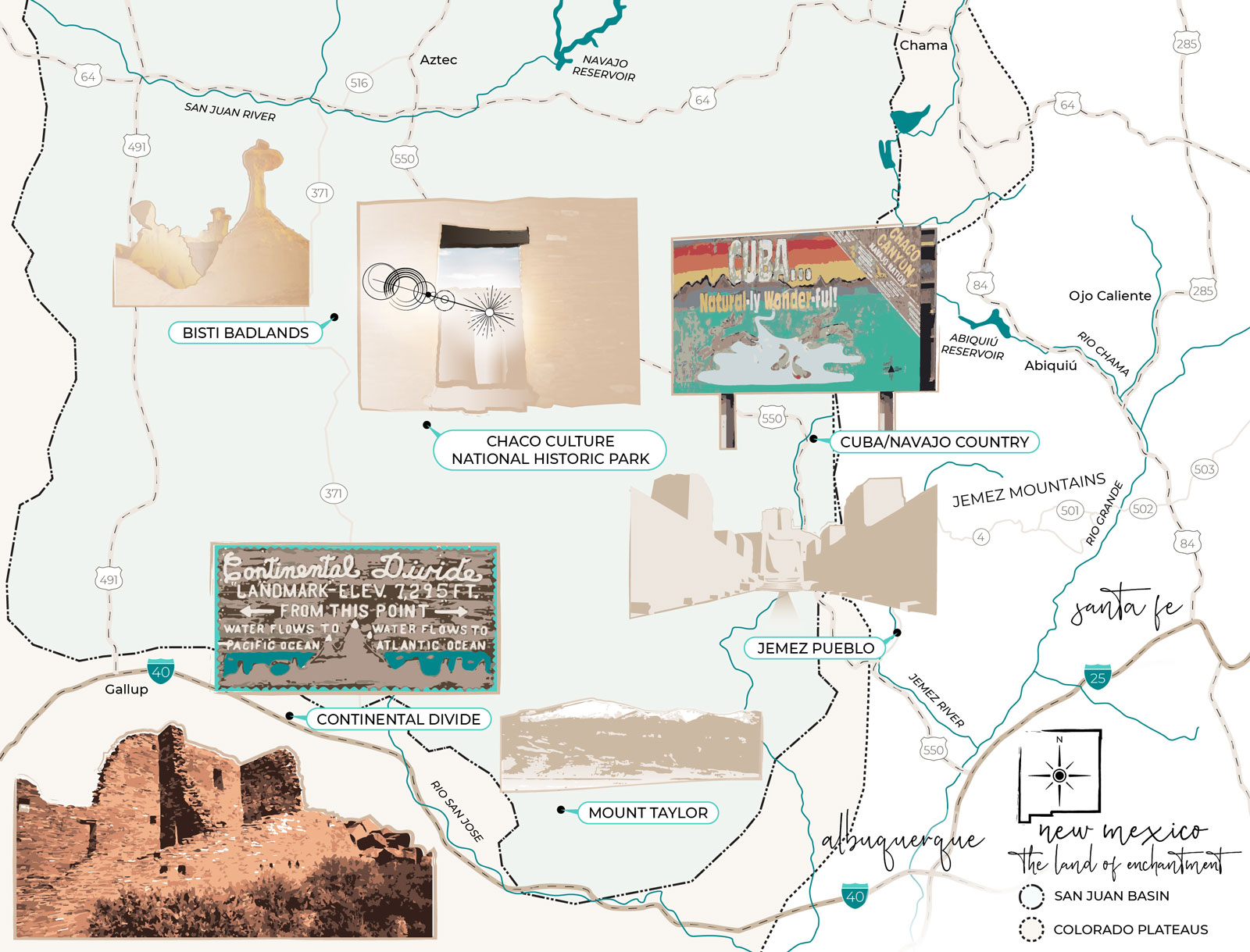 A Map of Spiritual Coordinates

This month we visit with Heritage Inspirations LLC owner and founder Angelisa Murray as we take a deeper look into the mystery of Chaco Culture National Historical Park.

Angelisa’s personal journey of reverence and wonder have laid the foundation for H.I.’s Chaco immersive experiences. Read along to find out more about the starry nights, the endless trails of discovery, the quiet moments of journaling that have inspired Angelisa and her guides to become storytelling stewards of the land. 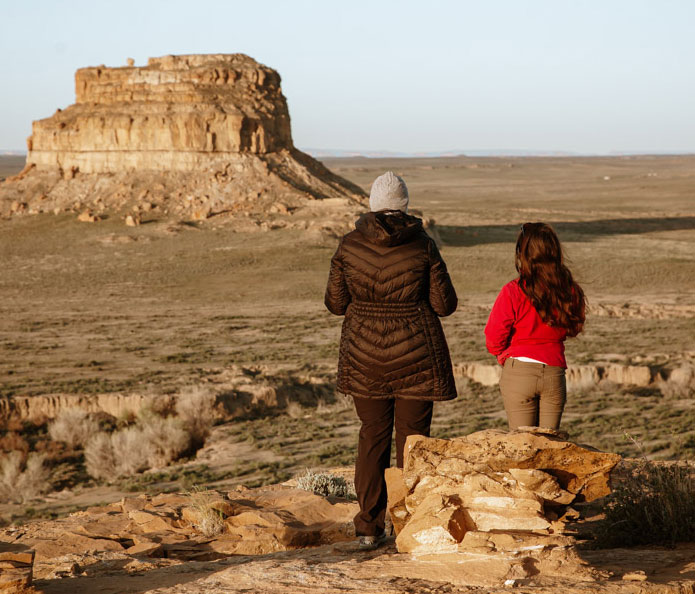 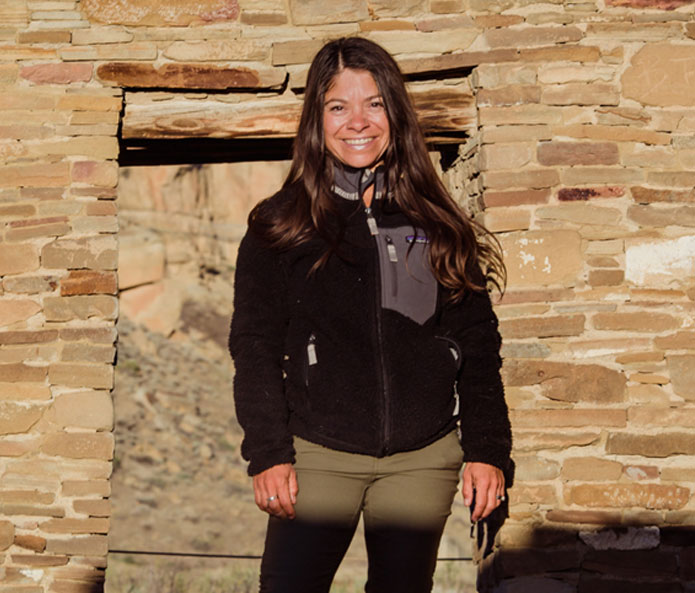 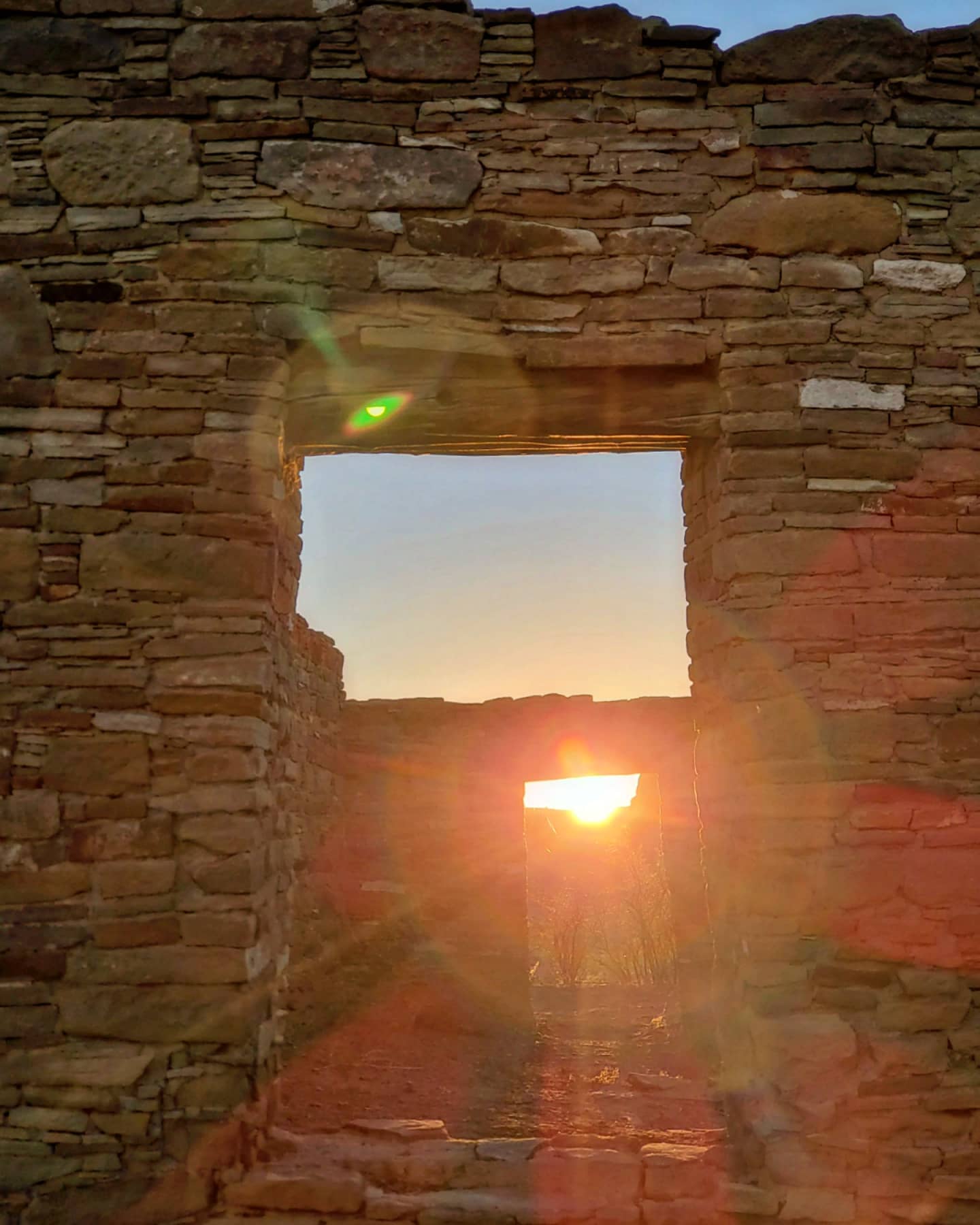 Anee: I know Chaco Canyon has a special place in your heart, how long have you been bringing people to this cultural site?

Angelisa: We began the Chaco Tours in 2017. I used to leave Taos at 3 am in the morning to arrive in ABQ for a 7:15 tour that would end at 5:45 in the afternoon, and then drive back to Taos. Over the course of that first season as I grew more intentional about the Chaco experience, the glamping option evolved as a way to deepen our knowledge about the alignments and archeoastronomy. It was a way to introduce deluxe camping in different arenas, a place where guests could experience the magic of Chaco, without worrying about set-up and dealing with the elements. Chaco is very remote.

Anee: Tell me more about the evolution of your roving glamping tours.

Angelisa: It was very organic, the equinoxes determined our base. And then the introduction of the super full moon was magic within itself. A place for people to go out and experience the night sky. We then put our intention into the new moons, a time when guests can really see the intricacies of the night sky. It was important to the integrity of the experience to keep these to pint sized tours, no more than 14 participants.

Anee: How are your Chaco immersive experiences unique?

Angelisa: The entire tour from the beginning has been an expansive cultural experience in the heart of Puebloan land. We tell the story of the many facets of the land: volcanology, the Rio Grande, Zia Pueblo, the Continental Divide, San Juan Basin. We discuss the importance of the Four Directions, the sacred mountains of Mount Taylor, the Chuska Mountains, the Jemez Mountains, and the San Juan Mountains, and the role these landmarks played as ancient cultures migrated and built the Great Houses of Chaco Canyon.

Anee: Why is Chaco a sacred place for you?

Angelisa: When I was thirty, I spent a couple months in the Gila Wilderness. It was during that time I felt a calling to go to Chaco. I stayed there for two 14-night segments, with a resupply in between. There was no timeline outside of perfunctory needs. I hiked constantly, played the guitar, journaled, and dabbled with my paints. It was time devoted to personal growth: a place of great mystery, interpretive walking of the earth, experiencing the SuperNova in pure solitude and stillness. I felt something spiritual, grounded.

For some reason I had a drive, a connection, I had to ask myself if we could be storytelling stewards of the land.

Anee: Can you tell us a little bit about the presence of archeoastronomy at Chaco?

Angelisa: The stars, the sun, and moon reflect a deeper connection at the heart of Chaco. It is easy to get fixated on the structures. But the people who occupied those spaces tracked celestial alignments, observed the movement of the planets and the sun, and incorporated this knowledge into the designs of the Great Houses and kivas. We have coordinated our glamping experiences to revolve around the equinox and new moons so our guests can see the interplay between architecture and the heavens at work. The engineering was precise, capturing the exact moment a ray from the solstice sun would light up a ceremonial chamber.

Anee: Why do you think Chaco continues to captivate contemporary travelers?

Angelisa: The exciting thing about Chaco is that it was not a great lush predictable environment. The land was rugged, arid, austere, and powerful. And still the Chacoans were intentional in selecting it as a gathering place and ceremonial spot. In the midst of awe inspiring elemental conditions and landscapes, it is a place of pure mystery, curiosity, and wonder for the soul. And then there is the impact, the ripple effect after people leave. There is so much to absorb, our guests have to decompress on the drive back. As they take in the sights of the Sandias and Rio Grande, the views are forever changed with a deeper understanding of the ancestral Pueblo lands. And that is our hope, we want to connect people with this sacred region in meaningful ways so we are able to become storytelling stewards of Chaco culture.