All-inclusive guided two-day tour starts at 8:00AM and ends at 3:30PM the following day at Hotel Chaco in Old Town Albuquerque, NM

Meet at 8:00AM at the Equinox Bar just off the Hotel Chaco lobby

Did you know the U.S. has a pre-historic Puebloan place of mystery that has been likened to Macchu Picchu, which is little seen or visited? And did you know that like Stonehenge, these ancient structures mark the passage of the sun with precise solar rays aligning along relief figures, doorways and petroglyphs on stone slab walls?

Transport yourself into another world, at Chaco Canyon! This UNESCO World Heritage Site and National Park lies on top of the southeastern Colorado Plateau’s physiographic province in the San Juan Basin and had a diverse thriving culture from 830 A.D. to 1250 A.D. It served as the heart of spiritual and ceremonial practices for the Chacoan people.

There are many solstice and equinox markers at Chaco Canyon, demonstrating that the people of Chaco incorporated celestial movements into a variety of their architecture, their art and their culture. You’ll discover how these alignments indicate the people possessed a well-developed knowledge of astronomy and its relationship to the seasons.

Chacoans had such advanced astronomical knowledge, and they used it to carefully align their great houses with the sun, presumably to witness indications of important calendar dates. We’ll observe light stream through two perfectly aligned east/west doors at Casa Rinconada, the largest kiva in Chaco. Only two times per year, during equinoxes, does the sunlight pierce through the center of these two doorways, thereby showing how the careful structural construction and the planned interplay of light and shadow, functioned as a calendrical marker for the Chacoan people.

We’ll begin by meeting at 8:00 AM at Hotel Chaco, in Albuquerque. Be forewarned, traveling to Chaco Canyon is not an easy journey because the three and half-hour drive Northwest of Albuquerque culminates on a dirt road leading into the park entrance. Of course, this is not a comparable journey to our ancestors who would have taken this arduous trip by foot, some 1,200 miles away from Chaco. At least you will not suffer, as Heritage Inspirations will provide air-conditioned comfort, as well as a reusable water bottle and thoughtfully considered gifts that will make your journey easier.

On day one, we will explore the largest Great House, Pueblo Bonito, a Spanish word for “pretty village.” This important epicenter of ancestral homeland showcases the core-and-veneer walls that distinguish Chacoan great-house construction. From here, we will follow the Petroglyph trail connecting us to the Great House of Chetrl Ketl. It lies along the canyon wall and is 1/4 miles in length.

Throughout the American Southwest, rock images, or petroglyphs were probably intended mostly as visual communications for things like clan symbols, records of important events during migrations, and memory aids for recalling stories, songs, and ceremonies. Witness one of these rock images along the canyon wall that has often been identified as cacao pods, which would have originated over 1200 miles to the south. Following our exploration of this great house, beginning with a single-story room block from around 1010 A.D., we make our way to our glamping camp to relax (this would be a perfect time to also add on a 60-minute massage or photo shoot – see below for details).

You’ll also be astounded by a non-light polluted sky, being in one of the designated International Dark Sky Parks. Sadly, these areas are rapidly declining as available dark skies, undiminished by artificial outdoor light, become less available in our modern world. Hence, be spellbound by the resplendent array of stars and the Milky Way glowing overhead, while pondering the ancestral Pueblos peoples use of ancient astronomy to build their vast infrastructure and civilization.

On day two, you’ll be up before the crack of dawn in order to watch the equinox sunrise at Casa Rinconada. Whereby, we’ll track the sunrise aligning with the ancient east and west doors of this kiva, a pattern signifying the magic of the archeoastronomy, which is the investigation of the astronomical knowledge of this prehistoric culture. Casa Rinconada is a large round building complex known as one of the great kivas. The symmetry of the axes creates a perfect circle and some speculate it physically represents the Ancestral Puebloan cosmos and served as an important religious center.

After the viewing, you’ll return to camp for a full gourmet breakfast and have a half-day of more Chaco Canyon explorations, hiking on the Pueblo Alto Trail to the Pueblo Bonito Overlook that offers panoramic views and begins to paint for you the magnificence of the Chacoan civilization.

Heritage Inspirations plans all the logistics and facilitates all of your luxurious glamping, (Don’t know what glamping is? See the glamping explanation below) so that you can simply experience this memorable opportunity on Spring & Fall Equinox and New Moon. Our informative guides offer you a special insight and knowledge to the area in addition to providing you with the tools needed to dive deep into the mysteries of Chaco.

Not only can you experience this major ancestral Puebloan center of migration, grand construction, and cultural integration, but you can do it at an equinox to witness the precision engineering, elaborate ingenuity, and timeless architecture documenting the sun’s movement across the sky.

Your luxurious journey to the National Park of Chaco Canyon will transcend this ancient site, at its most special time.

Don’t miss out on this enchanting immersively curated guided tour with Heritage Inspirations!

Book now, as these tours are space limited and sell out fast.
For more detailed information, with times, a run-down of events and additional trip details: 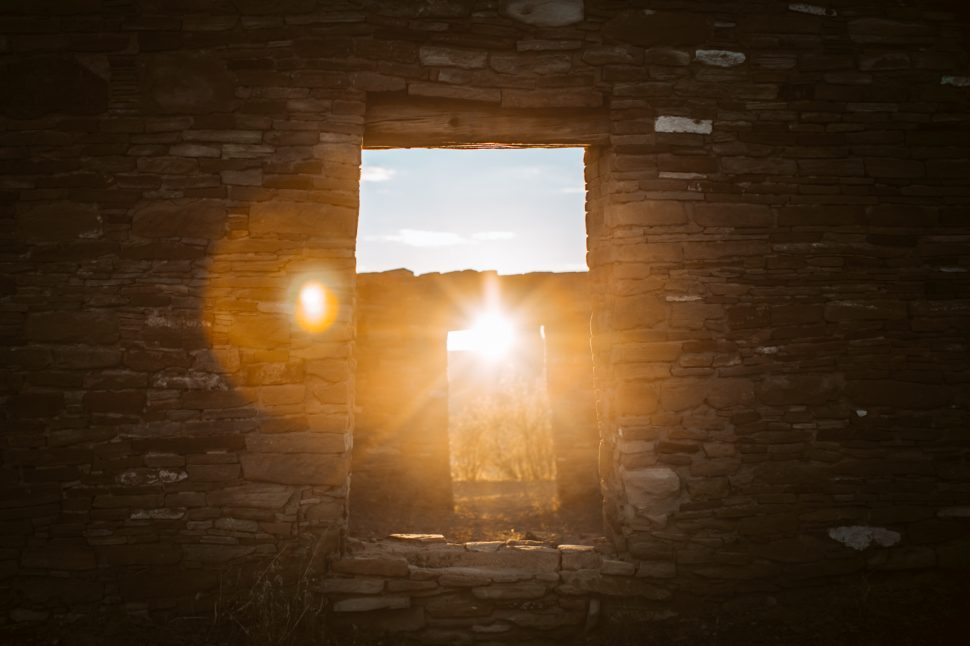 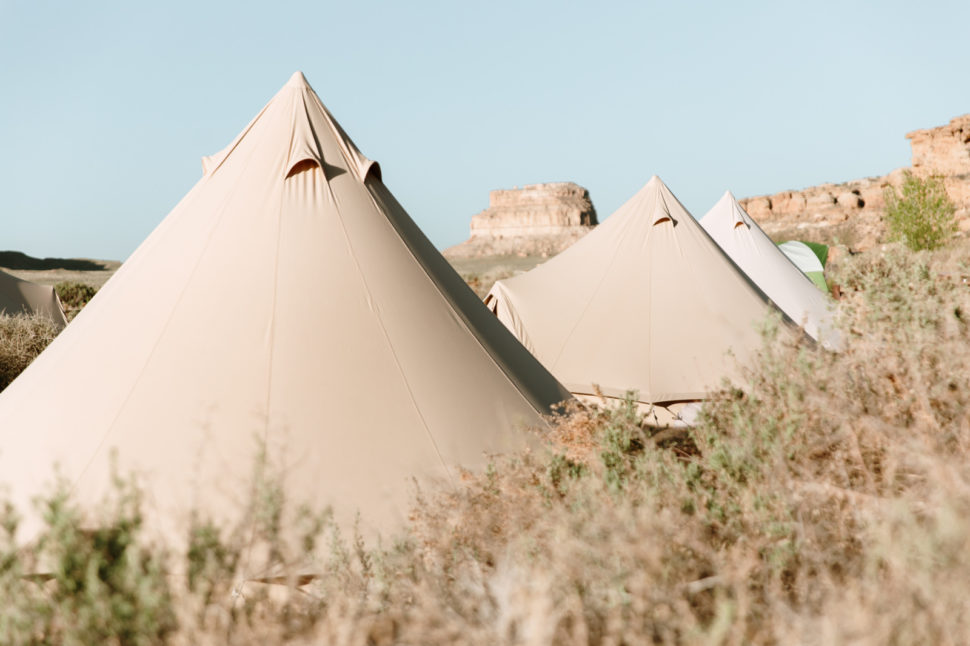 Glamping is our new passion because it combines remote outdoor experiences, with luxurious camping facilities, so you do not have to forsake pleasure and comfort while experiencing the great, but hard to reach, outdoor locations. It’s a way to experience the untamed and completely unique parts of the world, like in Chaco Canyon, without having to sacrifice creature comforts. You can enjoy a fusion of glamour and camping, glamping, while authentically experiencing the most awe-inspiring night sky of the Colorado Plateau in a spacious canvas tent, with non-camplike amenities, such as a raised wooden bed-frame, memory foam mattress, bedside table, butterfly canvas chairs, plush rugs and southwest textiles. Glamping in luxury while meditating on ancient Puebloan architecture and culture and savoring the views from your tent at Fajada Butte – it can’t get much better than that!

Read our recent Newsletter to learn more about Glamping with Heritage Inspirations. 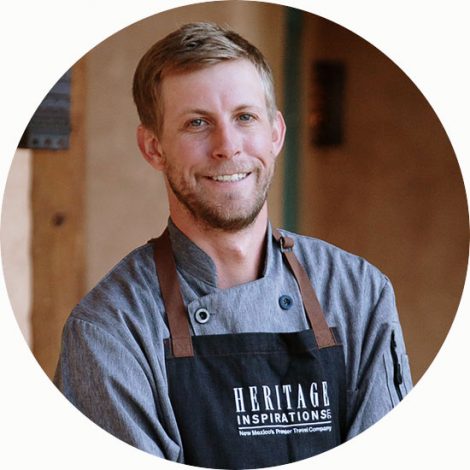 Josh was born in Exeter, New Hampshire but moved to Taos, where he grew up, when he was only 1 year old. He left New Mexico after high school to pursue his dreams of being a ski bum, and traveled around Utah, Colorado, and eventually Washington state. After a few years of being a ski bum, he changed directions and began working in restaurants. Josh worked his way up in the restaurant world through several fine dining establishments in the Seattle area. This work experience served as his training in the culinary world to eventually become a Chef.

After changing careers and training in the culinary industry, Josh’s work led him all around Washington and eventually to Napa California. While in Napa Josh ran a catering company called Smoke Open Fire Catering. The premise of the company was to cook in front of the guests, using only local meats and vegetables, on an open fire and in a rustic outdoor setting. These dinners were often held at wineries and served as extravagant wine paired meals. “I got to work very closely with not only the wineries, but with the growers and farmers in the area, to create these unique experiences that combined a rustic feel with the refined quality of a fine dining experience. The experience is similar to what we create with the glamping excursions at HI” Josh explains.

In 2018, he decided it was a good time to move home to be closer to his family and the places he loves the most. His favorite things about New Mexico are the outdoors and all they have to offer: majestic mountains, rivers, lakes and deserts are all his playground. He also has a pretty severe green and red chile addiction. His passion for both the outdoors and for the local flavors of New Mexico led him back to Taos. After cooking and working as Sous Chef at Medley in Taos, he met Angelisa and found HI and knew it was a perfect fit! Josh guides our Taos Tours, Glamping Excursions, and Culinary Outdoor Adventures. 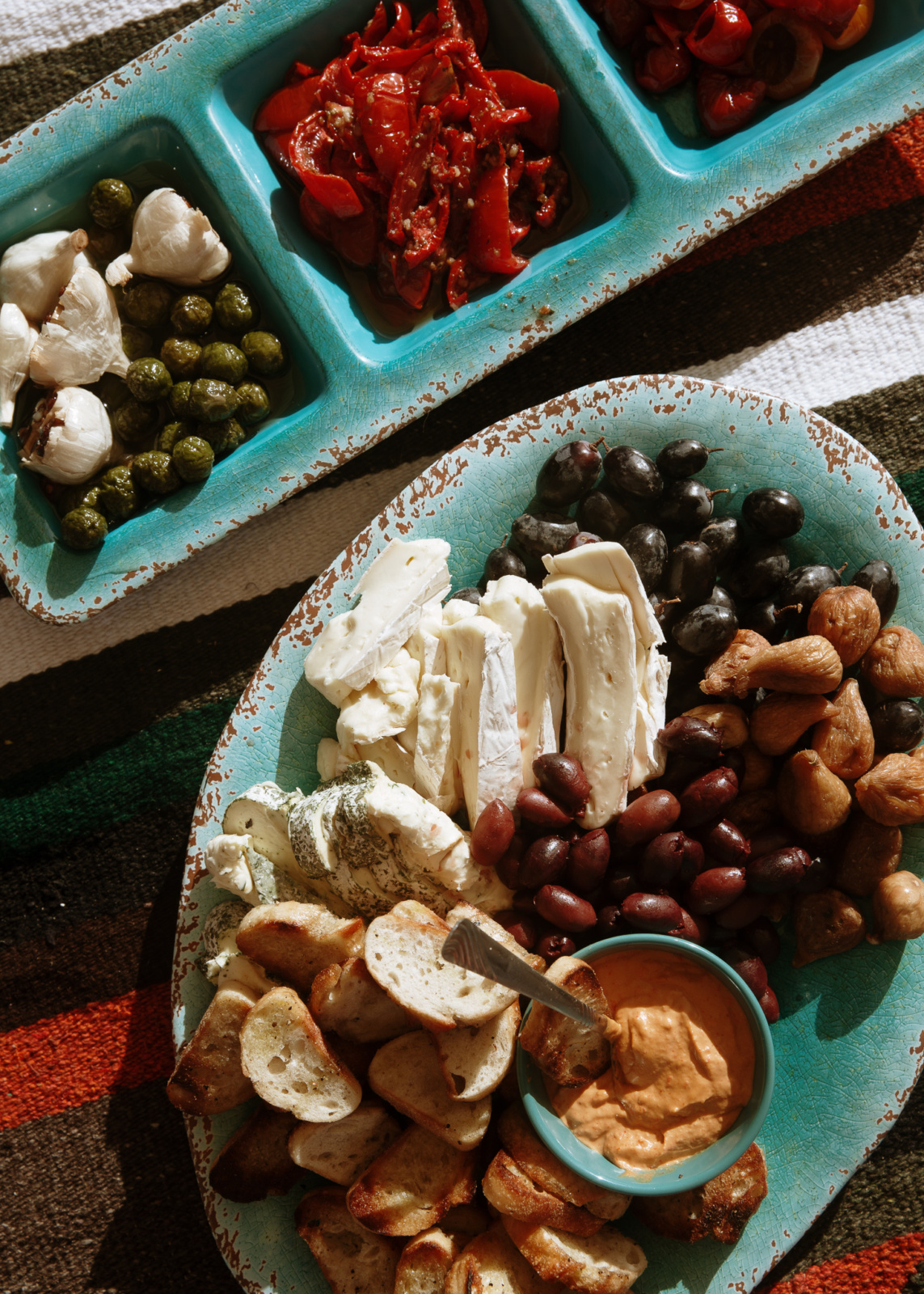 Your Breakfast Snack and Lunch is sourced locally to enjoy on your first day exploring the canyon.
Your Gourmet 4-Course Dinner and Camp Breakfast are prepared by Chef Josh Willette with the help of your HI Glamping Crew hosts.   VIEW MENU »