A Time to Gather

Historically, New Mexico’s festivals have been a place for artisans, farmers and adventurers
to gather and exchange goods, ideas, and stories. 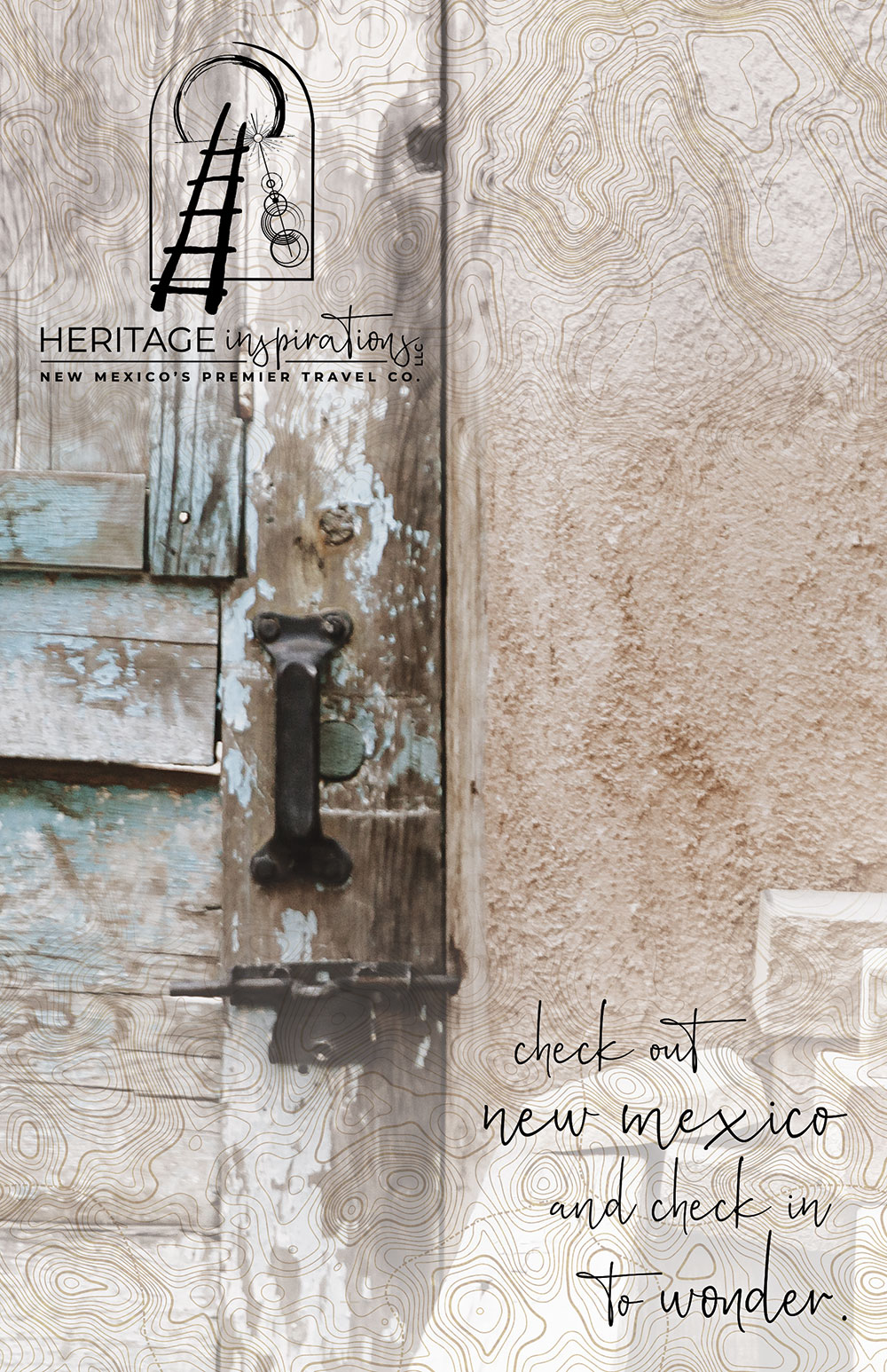 In the mid 1830s New Mexico began to function as a trading hub between the United States, Mexico, and California. Merchants migrated from the Great Plains to Santa Fe, to meet up with other artisans and farmers.

Later Indian Market was organized as part of the Fiesta de Santa Fe sponsored by the Museum of New Mexico as a way to preserve the native arts and traditions that were in danger of extinction. In 1936, the New Mexico Association on Indian Affairs took over the event.

Seasonal festivals continued to pop up through the Land of Enchantment. In 1972, a small gathering of 13 balloons participated in the Albuquerque International Balloon Fiesta. Today the event has grown to become the largest balloon festival in the world. Your perspective will shift as you wonder at the “Mass Ascension” at dawn or get lost in the labyrinth of luminescent orbs at “Night Glow.”

Dive deeper with H.I. for an intimate journey into the festivals that sustain us.

Join us on this interpretive walking tour to experience the historical and architectural past of four of Santa Fe, New Mexico’s great churches. Santa Fe is the oldest capital city in the USA and its history, architecture and art is unlike any other destination in the world. Let us share with you over four hundred years of that history winding your way through the narrow streets of Santa Fe. We’ll explore this city’s ancient past and show you why it is named La Villa Real de la Santa Fe de San Francisco de Asís (“The Royal Town of the Holy Faith of Saint Francis of Assisi”). We will explore the beauty of the artwork and architecture that makes each location so distinctly different.

During Viva la Cultura week leading up to Spanish Market, Heritage Inspirations, New Mexico’s Premier Travel Company, partners with the Spanish Colonial Arts Society to create unique High Road tours featuring artist studio visits. Our full day excursion will take you behind the scenes to experience the art, studios, and people who have inspired Santa Fe’s Spanish Market. We will also visit significant historic and cultural sites, including El Santuario de Chimayo. Join us this summer for an intimate journey into the heart of New Mexico’s artistic traditions.

Hands-On Horno Baking in a Puebloan Home from Santa Fe

We invite you to immerse in ancient traditions as we visit the Naranjo family at their home on the Ohkay Owingeh (formally the San Juan) Pueblo. In a familial setting, you will be invited to prepare food, share stories, feast, and bake with the traditional dome shaped adobe “Horno” ovens.

Next we will travel a few miles north to Los Luceros Historical Site. You will decompress as you wander through fruit tree orchards, explore historic buildings, and relax on the banks of the Rio Grande river. This full day adventure will take you deep into the heart of New Mexico.

Offered Wednesday - Friday | 9AM - 3:30PM | MARCH - OCTOBER
$299 per person +tax*
*Includes Admission to Los Luceros Historical Site and a Feast Lunch at the Naranjo Home. Not including Gratuity for the Heritage Inspirations Guide.

Is Albuquerque’s Balloon Fiesta on your bucket list? Do you dream of watching hundreds of balloons lift over the Sandia Mountains at first light? But you don’t want the magic tainted by traffic and the hustle and bustle of getting to the festival? Then our E-Bike adventure is for you! We invite you to make the most of your day as you ride along Bosque on your state of the art E-bike, and turn Albuquerque’s most storied festival into your own personal adventure.

Get off the beaten path, and discover the colorful culture that has inspired Santa Fe’s Spanish Market with our custom E-Bike tour. Starting at the Inn and Spa at Loretto, we will explore downtown and then up Canyon Road to the Museum of Spanish Colonial Art.

Join us for a curated E-Bike tour of some of the most beloved gardens and galleries in Santa Fe. With your E-bike as your chariot, our experienced guide’s will bring to life the rich traditions that have inspired the art and grounds of New Mexico’s capital city. Our Galleries and Gardens Tour filters through the standard tourist offerings, and focuses on the artistic jewels that will make your trip memorable.

If you want to feel the old Southwest of the 1800s when chile and pinto beans were vibrantly hand-grown, powdered and deliciously cooked, or when weavers and tin makers began to develop their unique styles and crafts, or when a buried crucifix magically lit up a hillside to uncover rejuvenating dirt – then join us in Chimayo!