Due to weather related closures, this tour is not being offered at this time | Offered Every Thursday thru Sunday

*Includes Admission to the Jemez Historic Site and Lunch at Los Ojo Saloon and admission into Jemez Springs.

Tour meets at 9:00AM at our H.I. TRAVEL HUB located at the northwest corner of HOTEL CHACO + ends around 3:45PM at the same location. 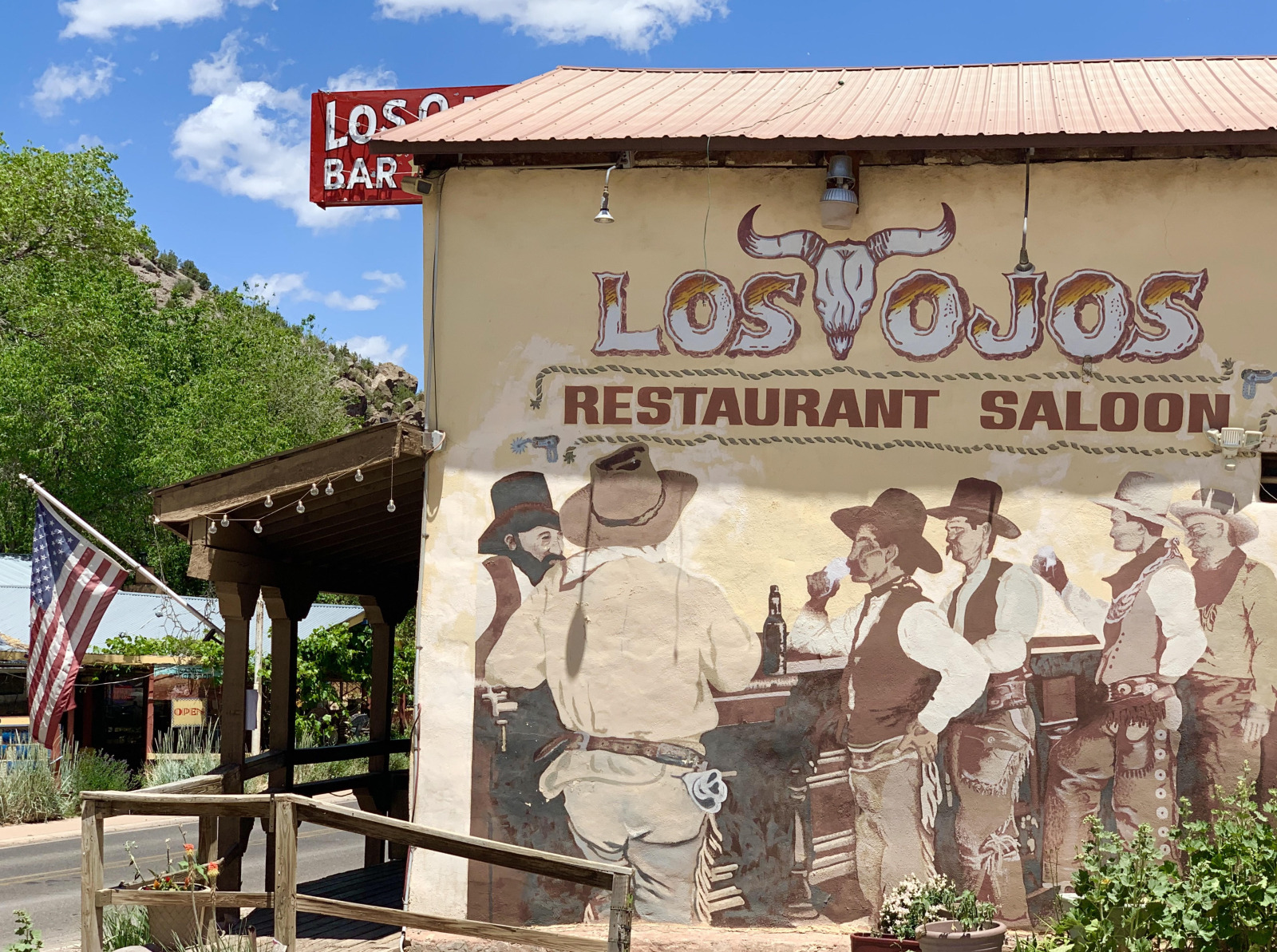 This iconic landmark and restaurant was built 1912 along Hwy 4 and remains rustic and authentic. The story goes, in 1912, Moses Abousleman, a Lebanese immigrant, built a general store that would eventually become the Los Ojos Restaurant and Bar. Los Ojos (the springs) retains the appearance of the old western saloon it is, both from its faded adobe facade and its interior which celebrates trophy hunting of local wildlife.
Enjoy a perfect lunch spot that is unique in décor, food, and patrons!   VIEW MENU »

Due to weather related closures, this tour is not being offered at this time.

Tour meets at 9:00 AM at our H.I. Travel Hub located at the northwest corner of Hotel Chaco and ends around 3:45PM at the same location.

*Includes Admission to the Jemez Historic Site and Lunch at Los Ojo Saloon and admission into Jemez Springs.

New Mexico is known as being the Land of Enchantment. What is lesser known is we are also The Volcanic State. Today the volcanoes that pepper our desert and mountain landscape are resting in a dormant state. Thousands of years ago, even when there were already people living in the area, many of these volcanoes were erupting, forever changing the natural landscape. On the Volcanic Scenic Byway you will cross over sacred lands where traditions are passed from generation to generation. Where culture is valued and preserved. These lands have formed the spirit of New Mexico. The red earthen clay has been used for millennia and formed into pottery and used to bake food within. We will travel into the Jemez Mountains and through the Santa Fe National Forest. The Pueblo of Jemez (pronounced “Hay-mess” or traditionally as “He-mish”) is one of the 19 pueblos located in New Mexico. They’re ancestral Puebloan village is known as “Walatowa” (a Towa word meaning “this is the place”). This drive will cut through the mountains over peaks and through valleys that were formed by an ancient volcanic eruption. This is one of the most scenic drives in New Mexico. 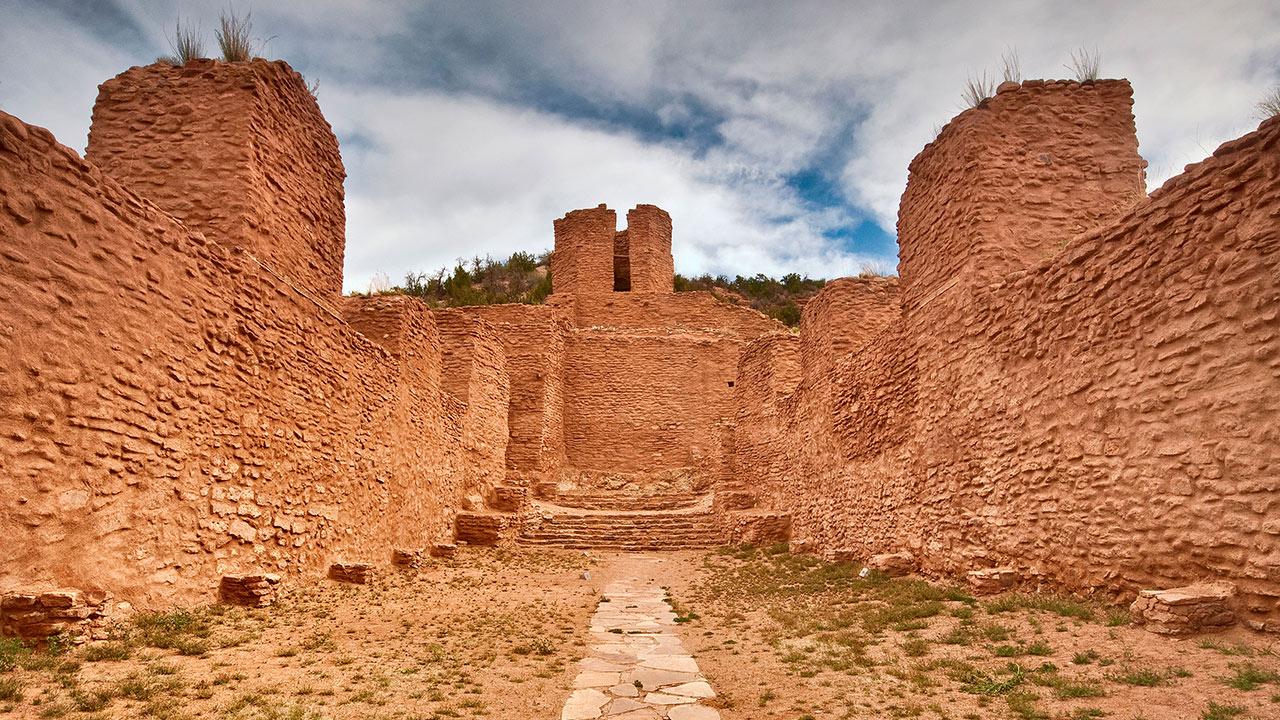 The small village of Jemez Springs is known as a place of retreat. Geothermal springs flow nearby and throughout the village and feed the Jemez River.  Jemez Springs is the perfect place to unplug and reconnect with nature and your inner self. The Jemez Valley is thought to have been inhabited for the last 4500 years. The Spaniards, who visited the area beginning in 1540 reported seeing multiple Native American Pueblos in the valley. The Franciscan mission church San José de los Jemez was built just to the north of the current village in 1621 but was abandoned around the 1640s. Today the ruins are the site of Jemez State Monument.

This day trip will bring you to the waters of Soda Dam where fifteen hot springs have formed a unique calcium carbonate and travertine formation creating a stretch of stone over the Jemez river that appears as if it were melting back into the Earth. Here water has flowed for many centuries and sculpted the strange looking rock formations. This is a magical place to cool off in the shallow waters of the Jemez River. Bring your water-shoes and wade in the cool water. 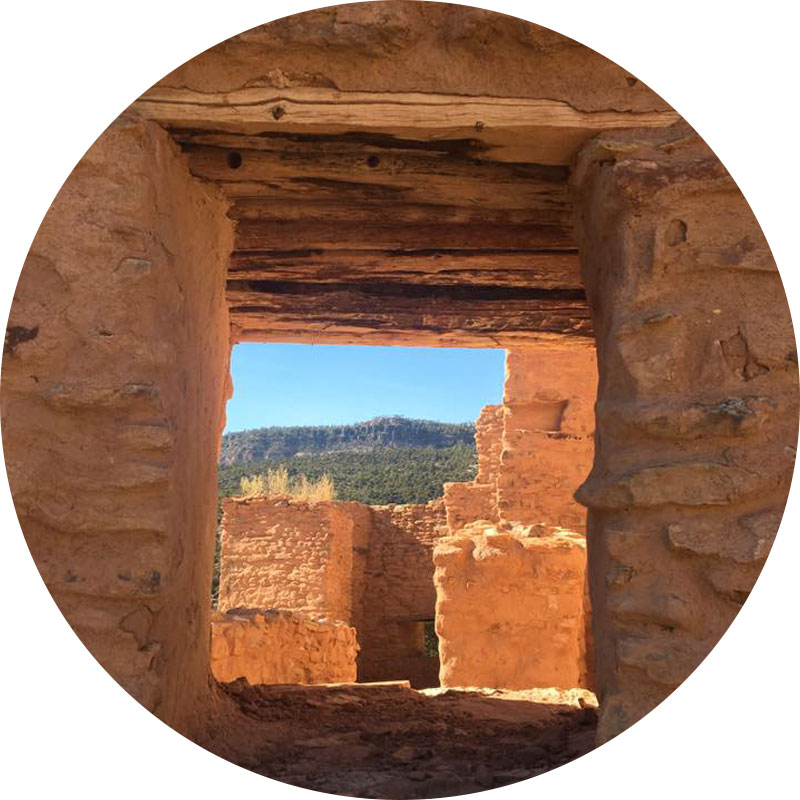 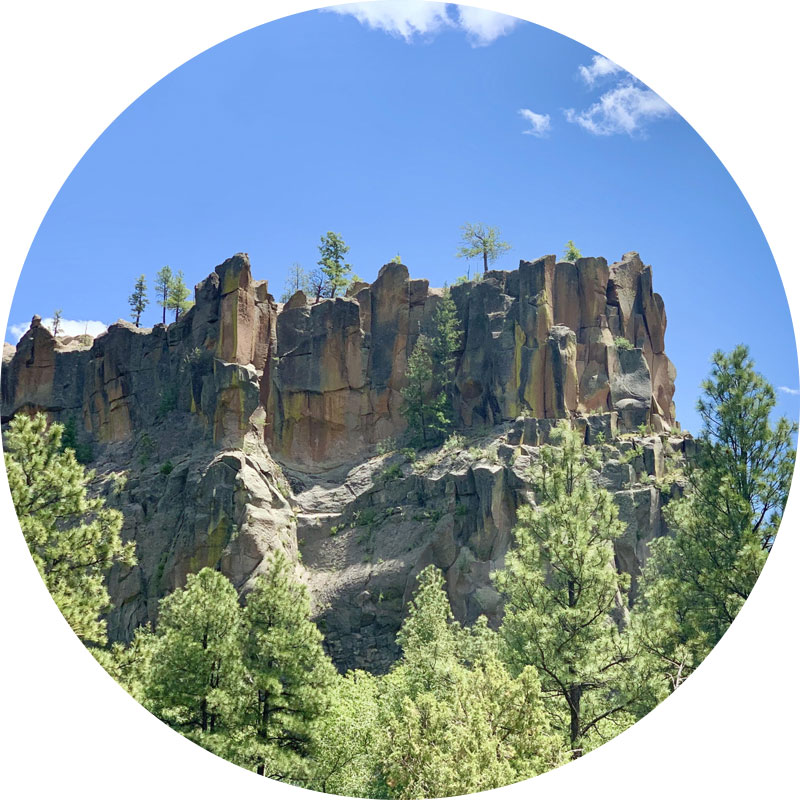 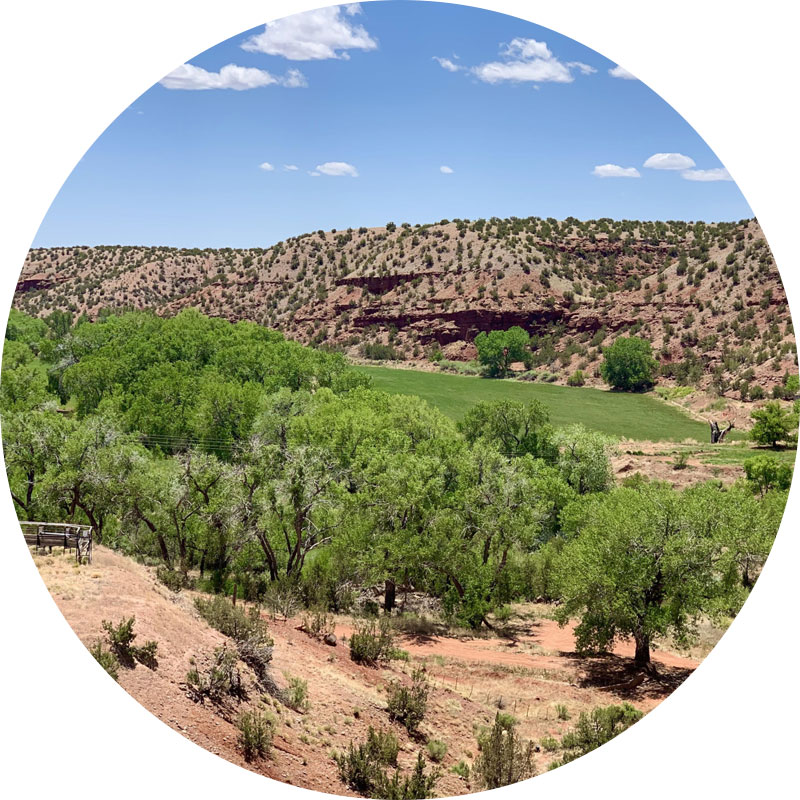 PREPARE FOR YOUR JOURNEY 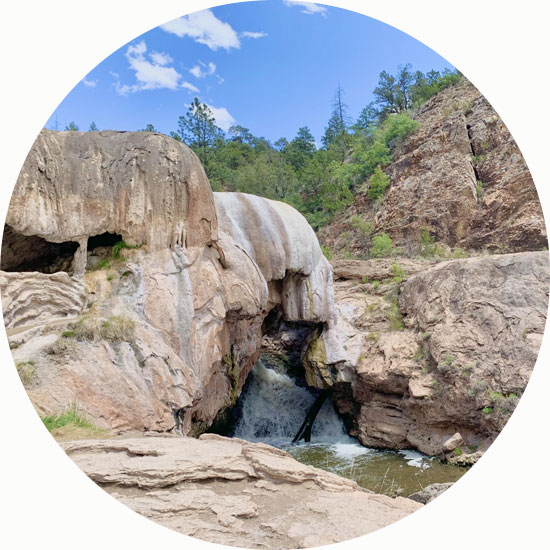 Bring a daypack, preferably a backpack, for easy transport of your personal belongings.

Be sure to drink lots of water on your journey.

Bring your water-shoes and wade in the cool water.

Bring your camera to capture your exciting adventure.

Binoculars are always helpful when exploring. You never know what you might see.