Meet at the H.I. Travel Hub located inside the Inn & Spa at Loretto + return to the same location 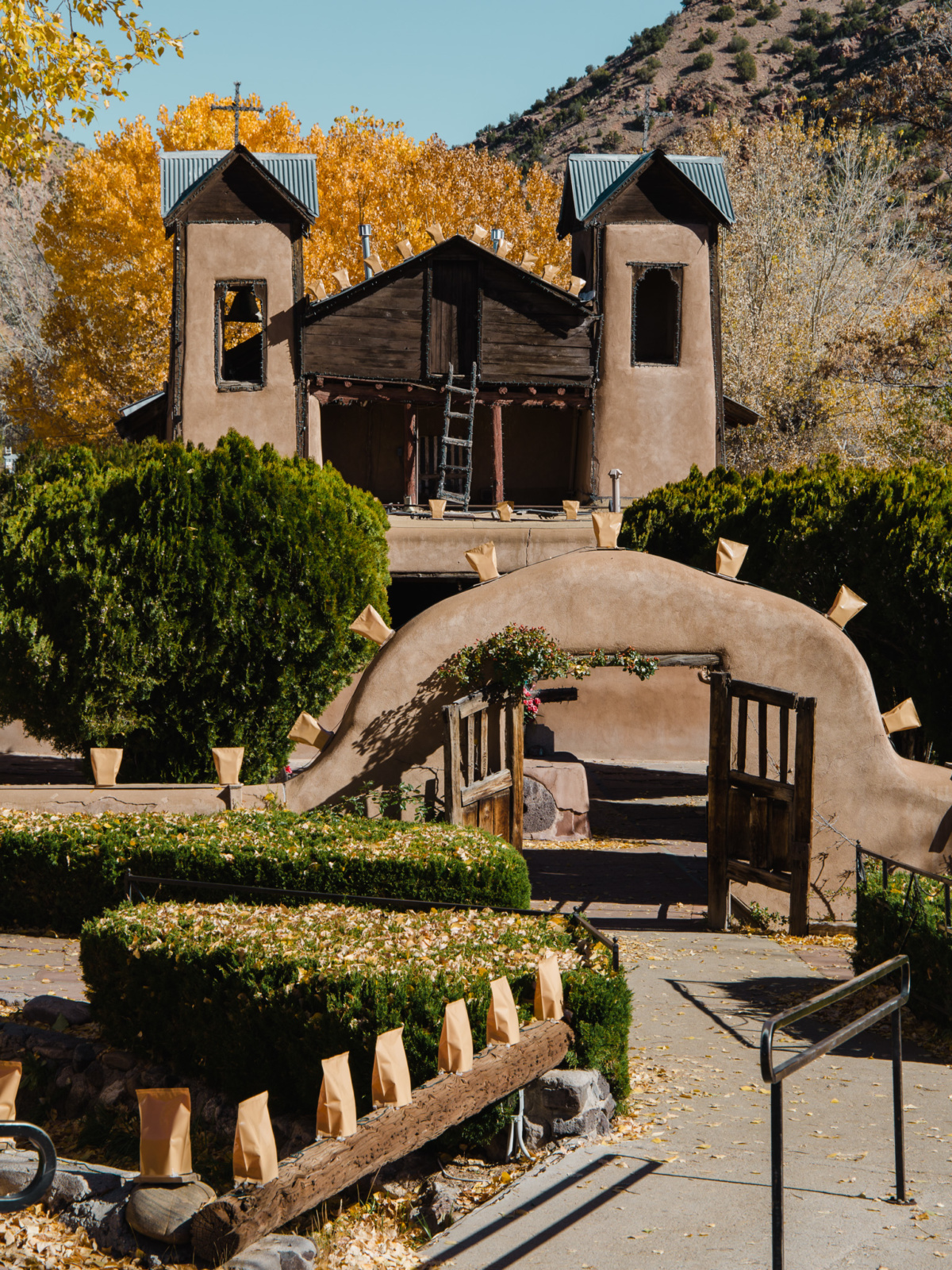 After meeting at Santa Fe’s Inn & Spa at Loretto, you’ll travel North via the high road through the Nambé Valley. Ascending through horse pastures, orchards and red stone canyon ways speckled with green dots of pinon and juniper, you’ll see why many movies have been filmed in this quintessential landscape.

Upon arrival in Chimayó, you’ll feel like you’ve stepped back into another age as you enter the traditional adobe shrine of Santuario de Chimayó, a sacred shrine built between 1813 and 1816 that reputedly houses holy healing dirt. You’ll see abandoned crutches and braces strewn around the chapel testifying to the pocito’s, or the small hole of dirt’s, curative powers. Every year during Easter’s holy week, as many as 50,000 pilgrims voyage to the chapel for Good Friday, thus colloquially giving it the name of the “Lourdes of the Southwest”.

Next, spark your pallet with a Chimayó chile tasting from Carlitos Medina and the Vigils. Carlitos will share his heirloom chile blends with you in the half shell of a pistachio nut, as he explains the secrets of cooking with the chile powders. Here, you’ll taste a nuanced explosion of flavor as well as get a lesson in chile history and cooking. Wander the stores to look through their locally hand-crafted gifts, such as Sharon Candelario’s traditional tinwork, an art dating back to the 1800s. She blackens tin pieces and then etches it with a nail, creating beautifully designed and unique pieces.

Then, we’ll have lunch at Rancho 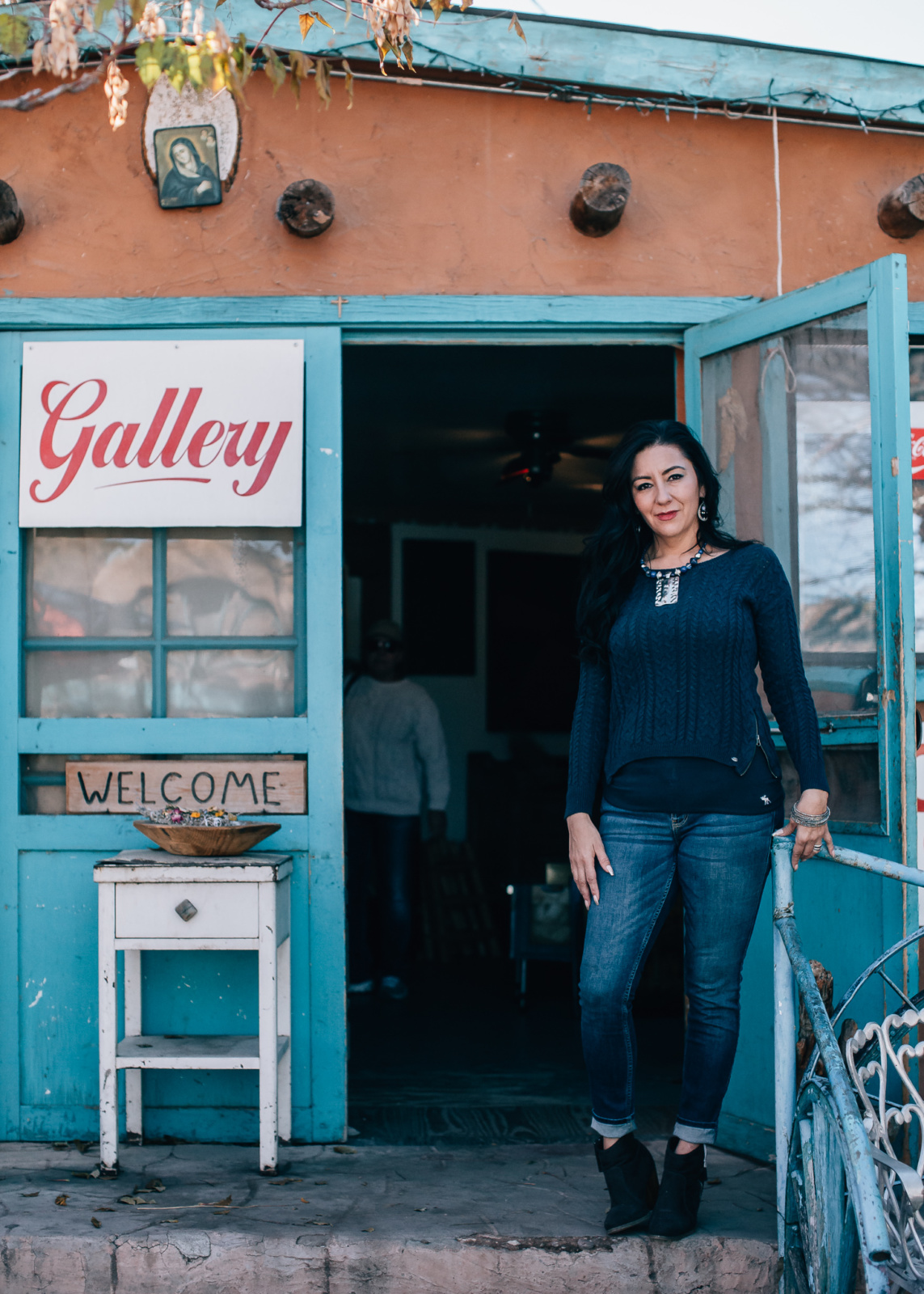 de Chimayó (included in the tour package). The two official state vegetables, pinto beans and chile, permeate this traditional delicious cuisine because special seed varieties and their corresponding recipes have been passed down through many generations.

Finally, you’ll finish off the tour with colorful textiles emblematic of this Southwest region. You’ll see a traditional loom demonstration from the Ortegas, who have historic roots and familial expertise in making native New Mexican garments, blankets and rugs. Plus, you’ll appreciate the textiles of the Trujillo’s whose rugs and wall tapestries hang in the Smithsonian after they won the 2007 National Endowment for the Arts National Heritage Fellowship. Both shops hand-weave natural and custom dyed yarns into one-of-a-kind styles and patterns that showcase over ten generations of weaving skill and technique.

So, if you want to feel the old Southwest of the 1800s when chile and pinto beans were vibrantly hand-grown, powdered and deliciously cooked, or when weavers and tin makers began to develop their unique styles and crafts, or when a buried crucifix magically lit up a hillside to uncover rejuvenating dirt – then join us in Chimayo! 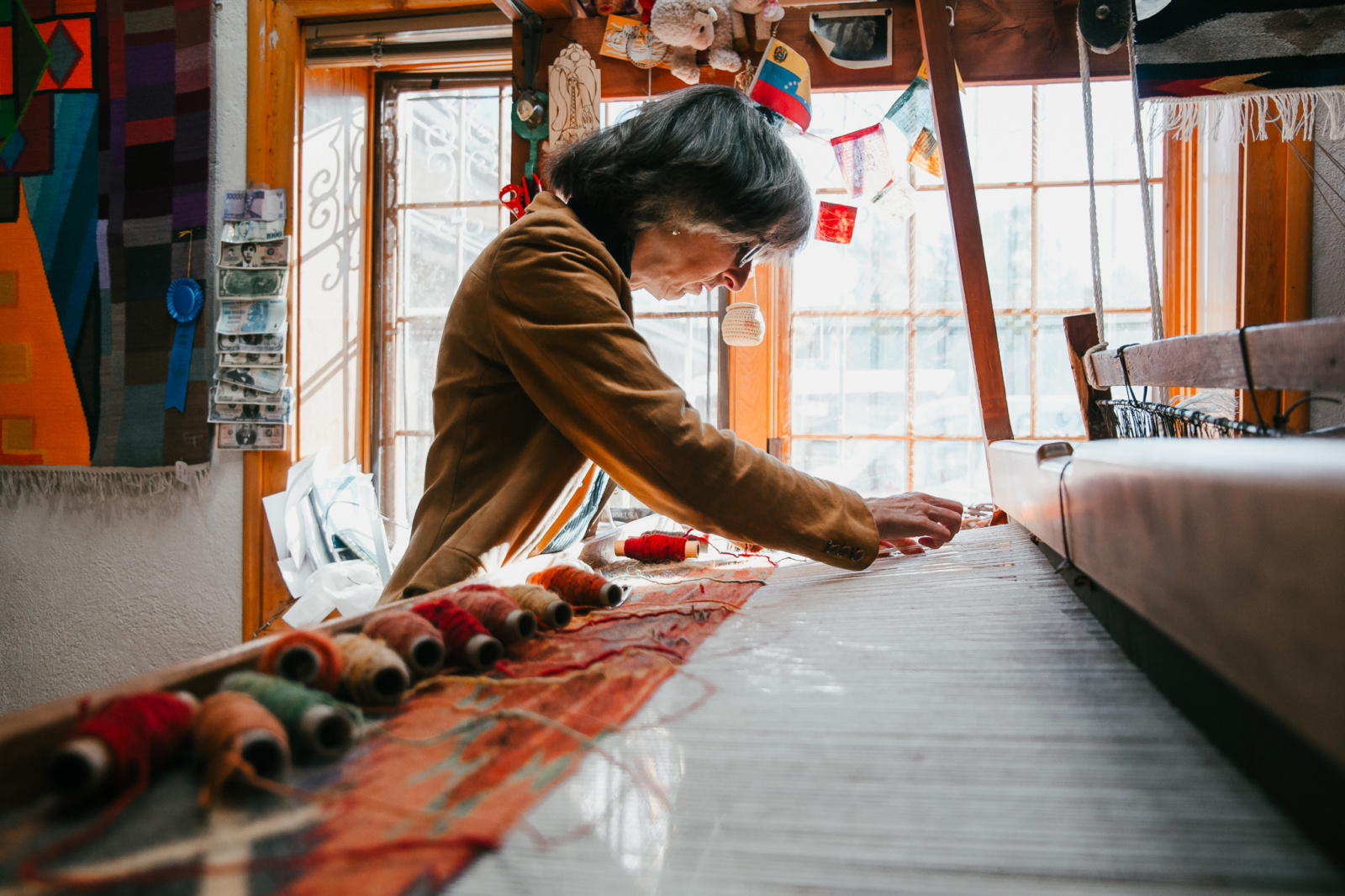 Being at high elevations we suggest you prepare for the bold sun by wearing sunscreen, sunglasses and a hat, come in comfortable walking shoes and layered clothing due to weather that can often change unexpectedly without notice, and bring a rain layer, just in case. 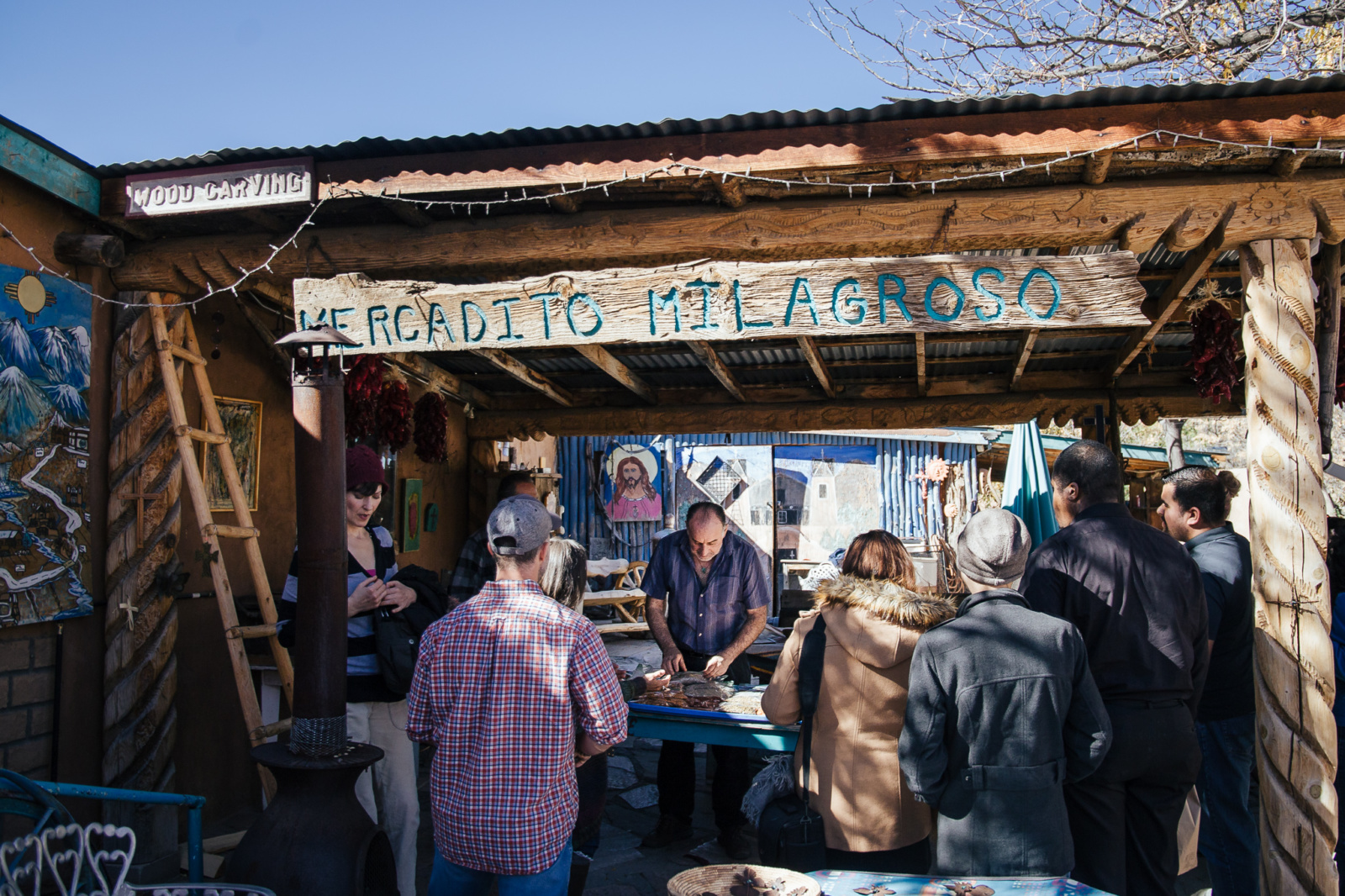 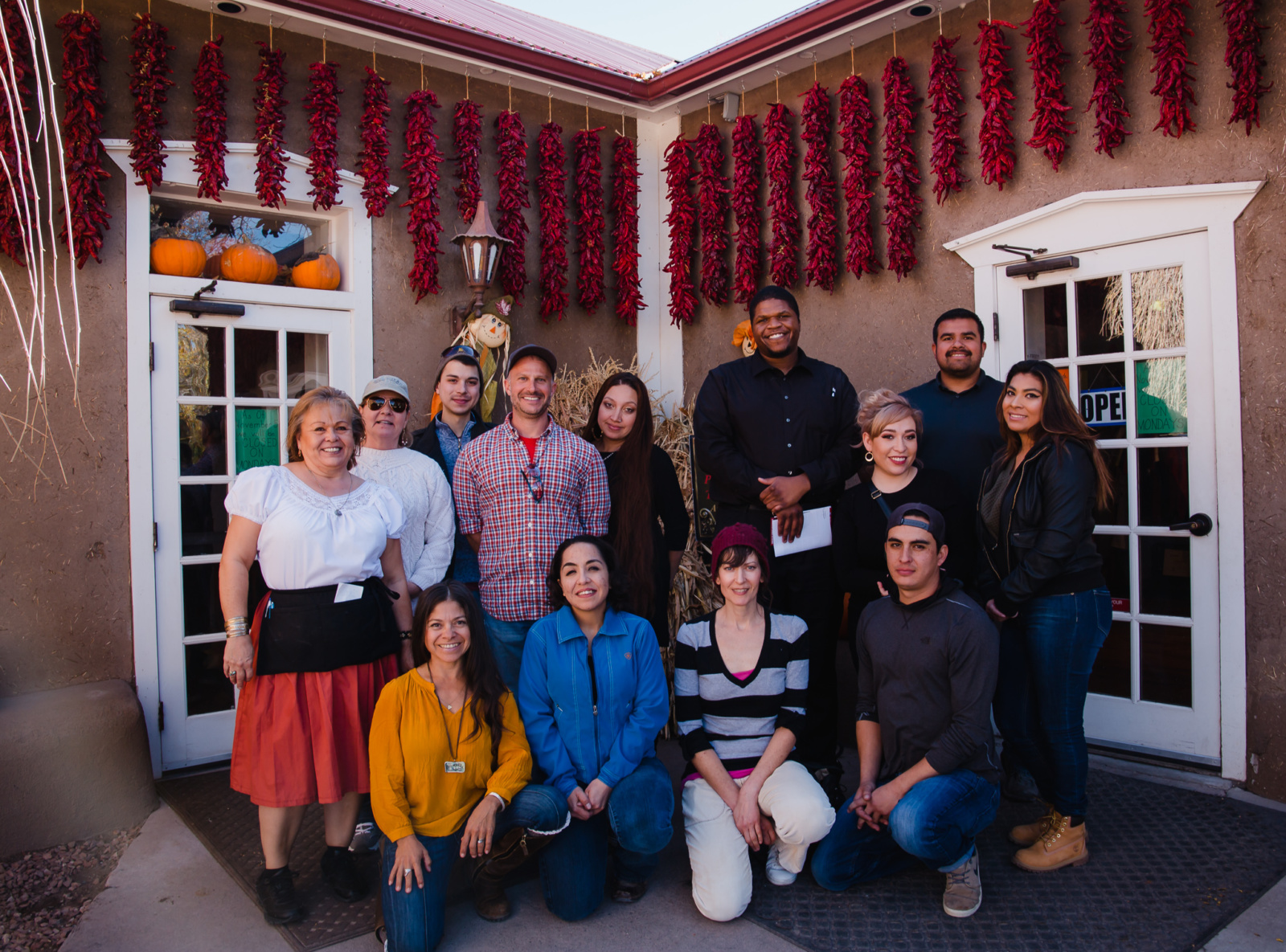