Albuquerque was founded in 1706 in honor of the viceroy of New Spain, the 10th Duke of Albu”r”querque. Our city is full of natural beauty and situated in a bowled valley nestled between the mighty Sandia (Spanish for watermelon) Mountains to the east and the small mounded “Three Sisters” volcanoes to the west. 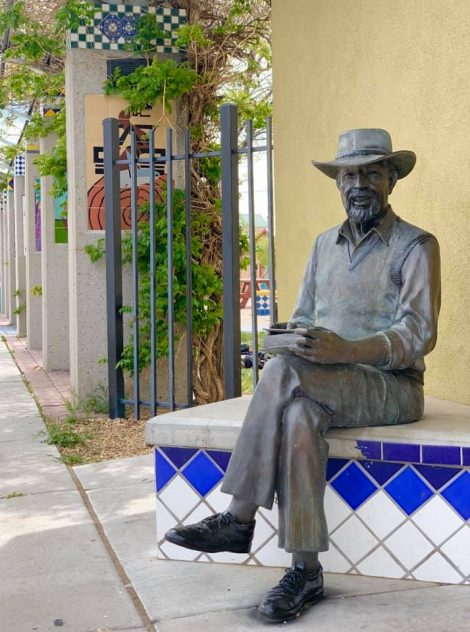 The Duke City E-Bike adventure takes you through the heart of Albuquerque’s historic, cultural, and artistic center. You will pedal effortlessly through these downtown neighborhoods hopping on and off of your bike to explore the undiscovered corners of these neighborhoods.

Learn about the deep rooted history of Albuquerque as you tour some of the oldest neighborhoods. Albuquerque was founded in 1706 in honor of the viceroy of New Spain, the 10th Duke of Albu”r”querque. This history led to the City’s nickname – The Duke City. Our city is full of natural beauty and situated in a bowled valley nestled between the mighty Sandia (Spanish for watermelon) Mountains to the east and the small mounded “Three Sisters” volcanoes to the west. Down in the deepest part of the valley, the buildings start to rise taller and the neighborhoods are richer in character. This center is downtown Albuquerque and the historic and proud neighborhood of Barelas, which are in the middle of a renaissance.

The Barelas neighborhood is one of the oldest communities in Albuquerque, transforming over time from an agricultural village in the early days to a commercial center with the coming of the railroad. The neighborhood is now considered to be the center of hispanic culture in the City. As you cruise through this picturesque neighborhood, you will get a sense of the history and culture that formed the Duke City. 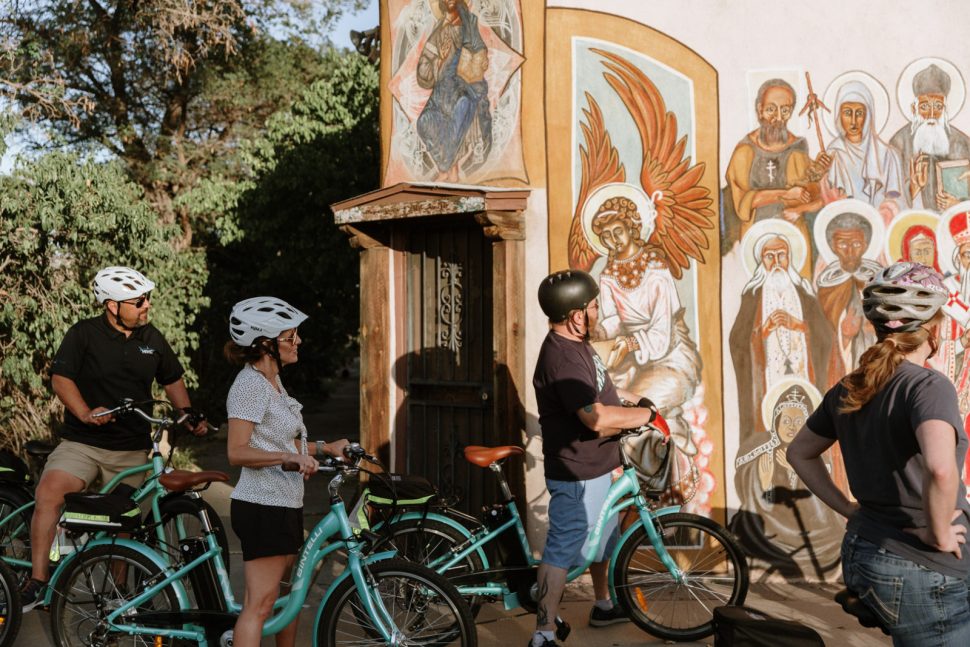 Downtown Albuquerque is in the middle of a renaissance and is becoming the artistic center of the City. It is exploding with public art that brightens Albuquerque bringing the culture to life. On the route you will discover dozens of bronze, steel and wooden sculptures, mosaic wrapped walls and fresco murals.

A couple highlights of this will be a visit with local sculpture artist Joe Sackett in his downtown studio to learn about his creative process and what inspires him. We will also have a private tour of Frederico Vigils Mundos de Mestizaje: A Vision of History through Fresco at the National Hispanic Cultural Center. The fresco is within a towering rotunda and documents 3,000 years of Hispanic history. It is a strikingly beautiful work of art and we have dubbed it Albuquerque’s Sistine Chapel.

Join us for this fun and relaxing three hour E-Bike tour and discover the charm of the Duke City!

INCLUDED WITH YOUR EBIKE TOUR 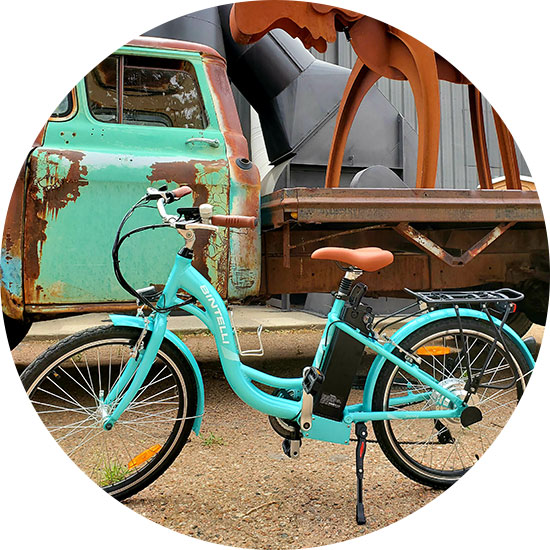