Meet at H.I Travel Hub located inside of the Inn and Spa at Loretto + return to the same location.

Catholicism is the most prominent faith in New Mexico. The Catholic Faith entered what is present day New Mexico in 1598. The city of Santa Fe was founded in 1610, and in that same year the first church was erected where the Cathedral Basilica of St. Francis of Assisi stands today. 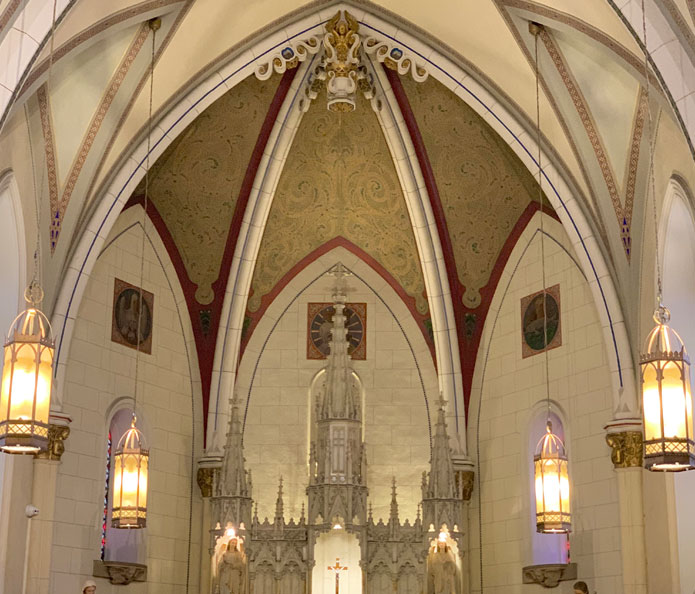 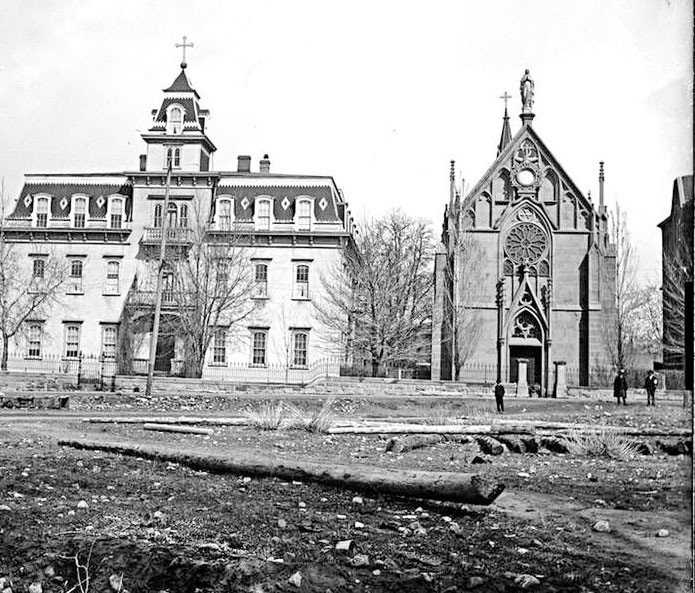 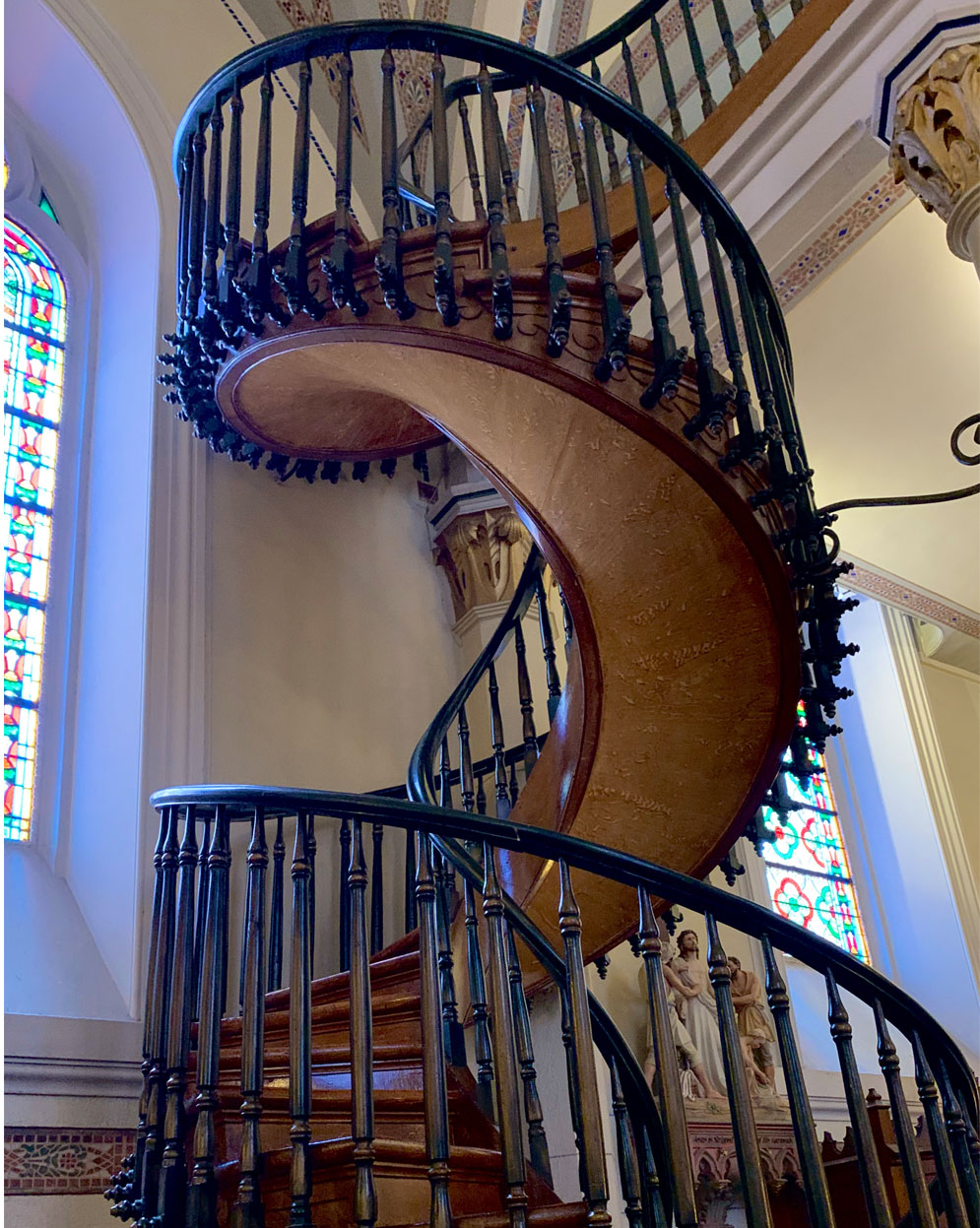 We will begin at the Loretto Chapel which is famous for its miraculous staircase that devout believers in the faith say St. Joseph built by hand. This was the answer to the Sisters of Loretto’s prayer to God. On the last day of their novena to St. Joseph, a gentleman arrived in town and offered his assistance to the nuns. He worked by himself during the Christmas season of 1879. When the work was completed Mother Superior went to pay him, but he had vanished and no records of him ever existing were found. You will marvel at the beauty of the spiral staircase and the French Gothic architecture of the Loretto Chapel that transcends you back to 19th Century Paris. 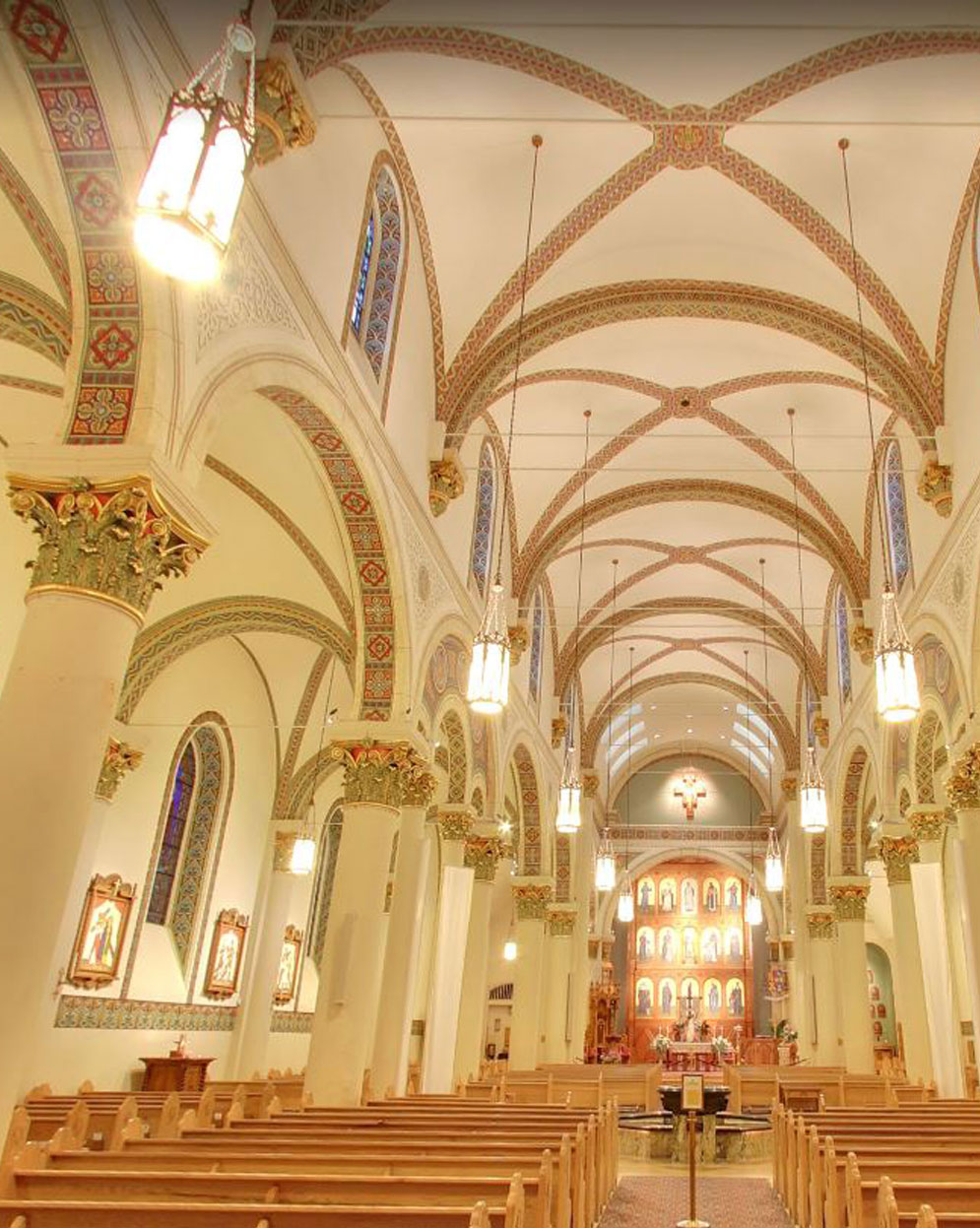 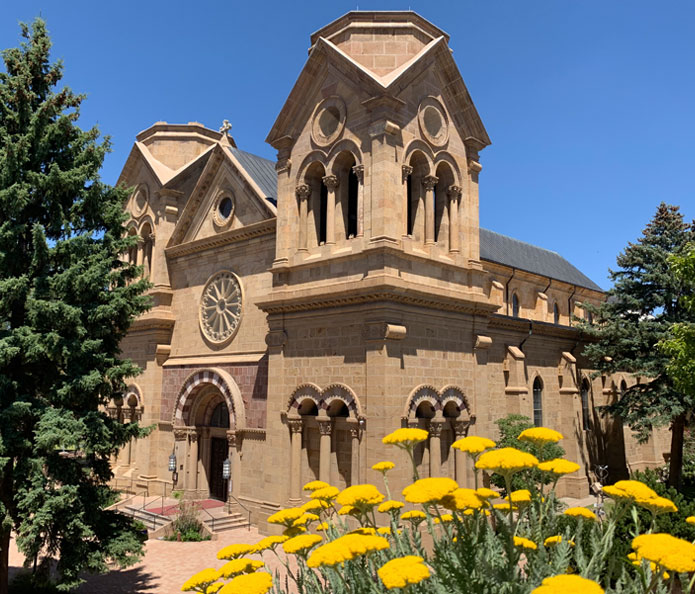 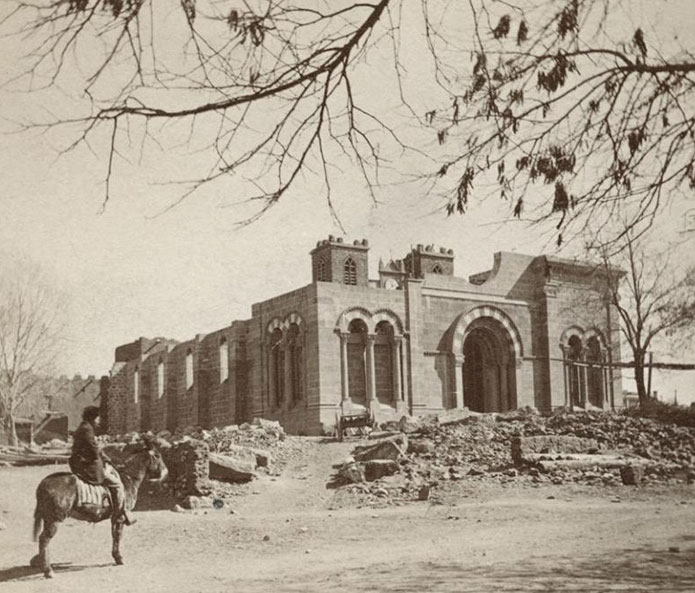 French-Romanesque, Adobe and Mid Century Modern décor are seen throughout the Cathedral Basilica of St. Francis of Assisi which was never completed. Santa Fe is known as the City Different and this church is known as the Cathedral Different. There are towering rows of Corinthian Columns in the main sanctuary and a crypt behind the altar where many bishops who have overseen the Archdiocese of Santa Fe are buried. A massive and gorgeous stained-glass rose window greets visitors at the entrance of the Basilica and this historic and spiritual site is a great interpretation of the many changes and mindsets of the community that is Santa Fe since its founding. 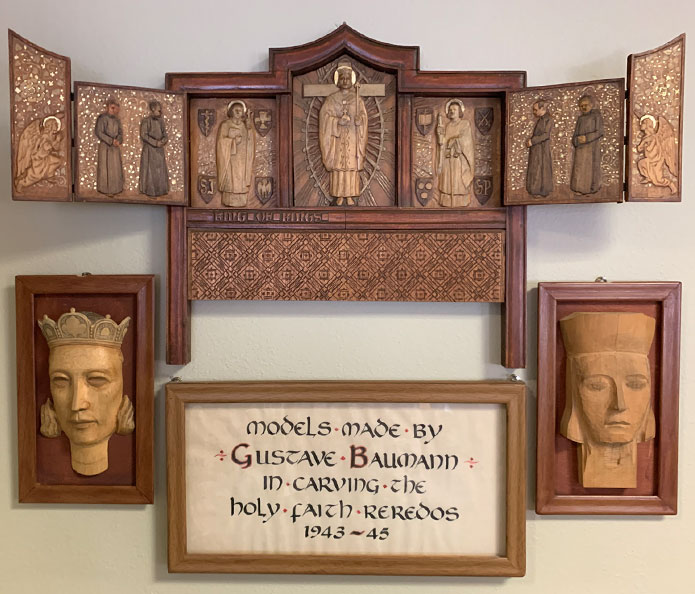 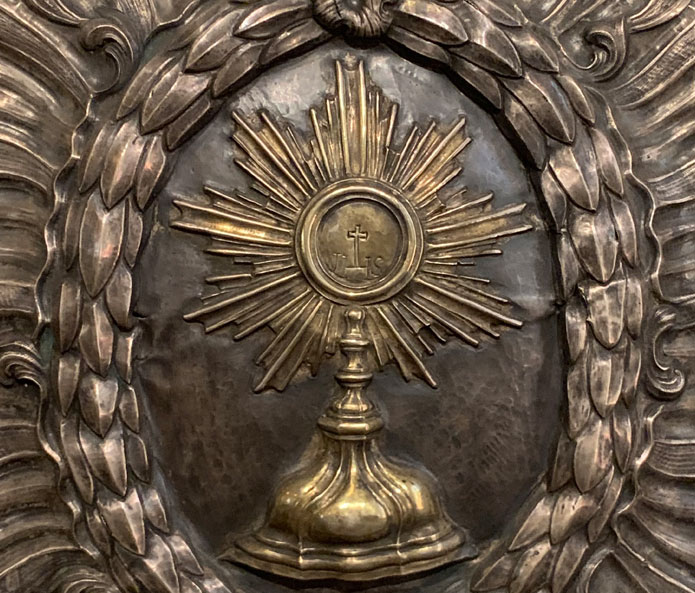 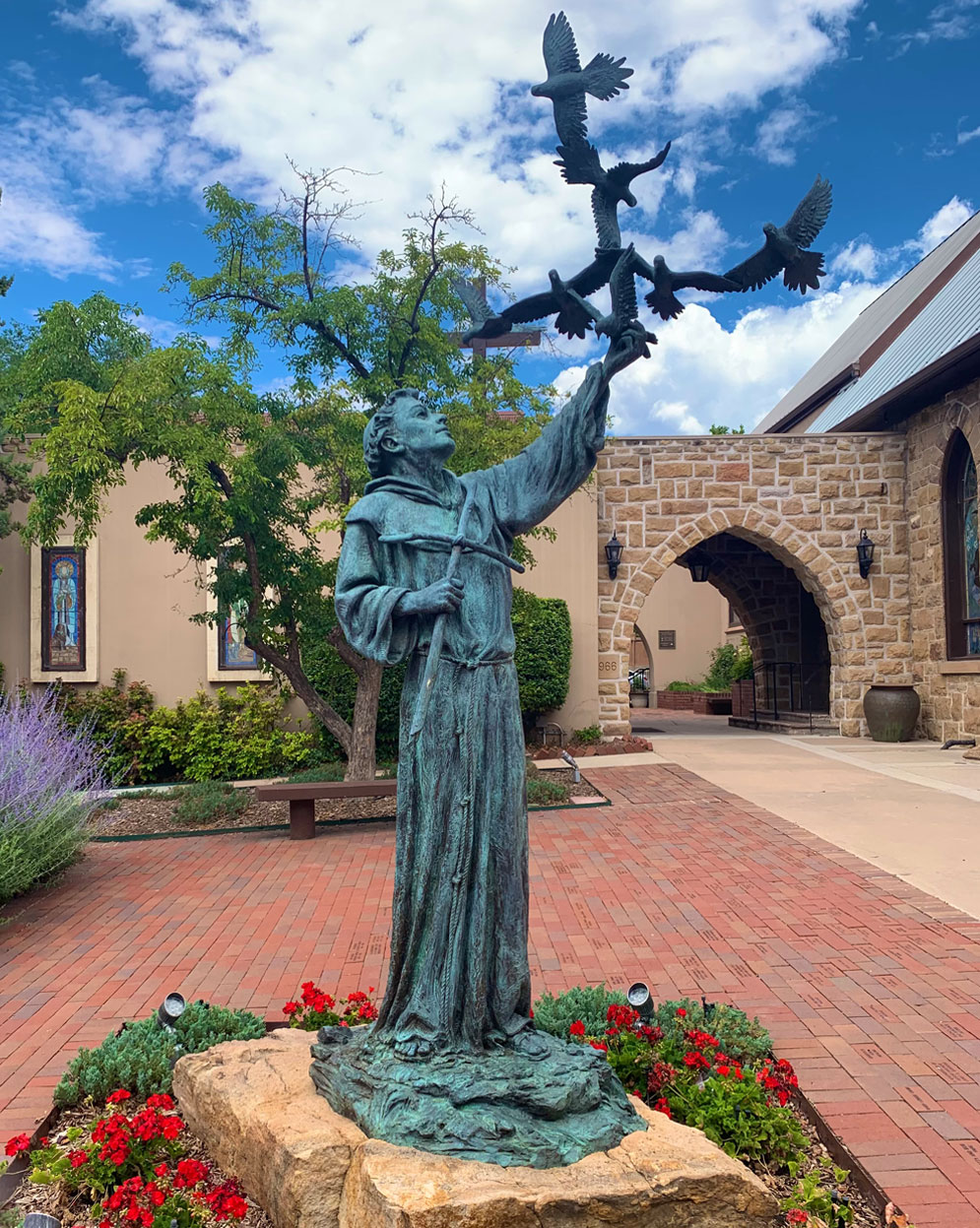 Episcopal Church of the Holy Faith

John Gaw Meem is considered to be the father of Santa Fe’s signature style. Meem was hired to draw up plans and remodel several historic buildings throughout Santa Fe including two churches that we will visit. The “folk gothic” Episcopal Church of the Holy Faith, located in the heart of downtown Santa Fe is reminiscent of the English parishes in the United Kingdom that date back to the 13th century. Meem, a parishioner, was responsible for the addition of the chancel and sanctuary. Additionally John Gaw Meem also remodeled the Sanctuary of the First Presbyterian Church of Santa Fe in 1939. This historic and sacred site was also where the nuptials of the mother of outlaw and bad boy/cowboy Billy the Kid were held. 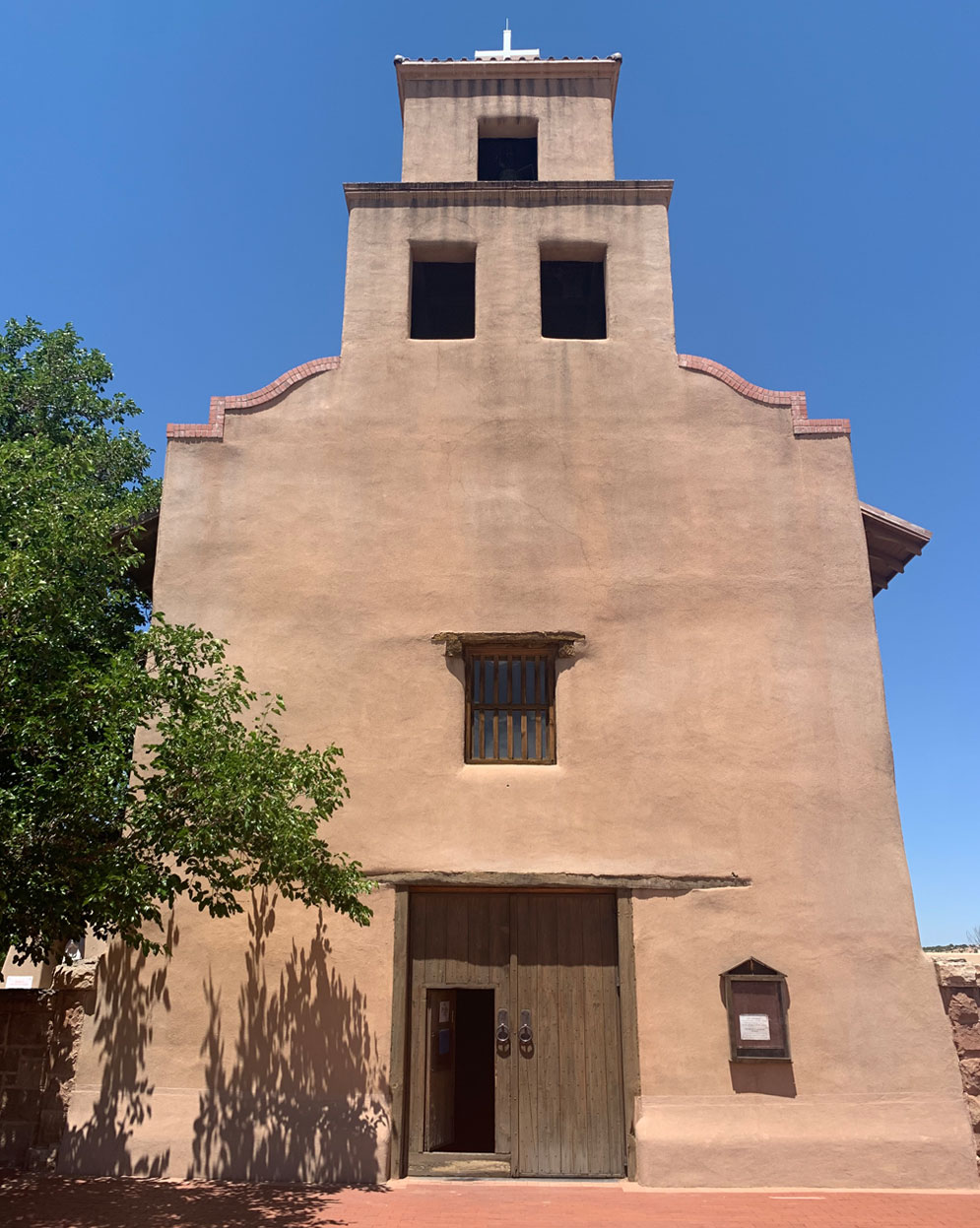 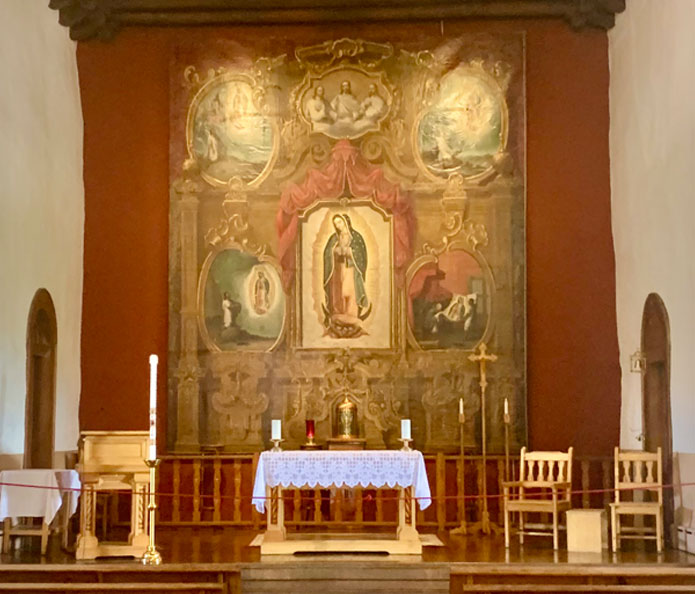 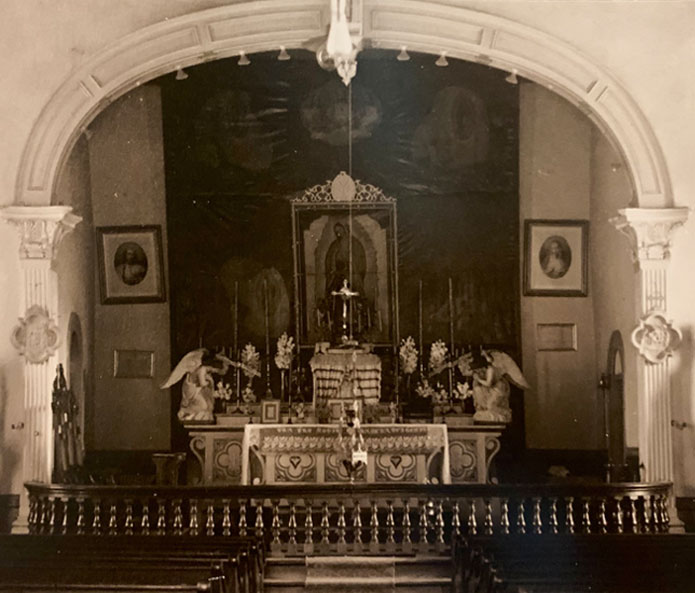 The Santuario de Guadalupe (The Shrine of Our Lady of Guadalupe) in Santa Fe, was constructed in the 1770’s, and remodeled several times after surviving near full destruction of a fire in 1922. The shrine is the oldest standing shrine in the United States. It was built to honor our Lady of Guadalupe, commemorating her apparition in 1531 to the Aztec peasant in Tepeyac, Mexico.

At high elevations and in a dry climate, proper hydration and sun protection is a necessity. New Mexico weather can also change without much notice. 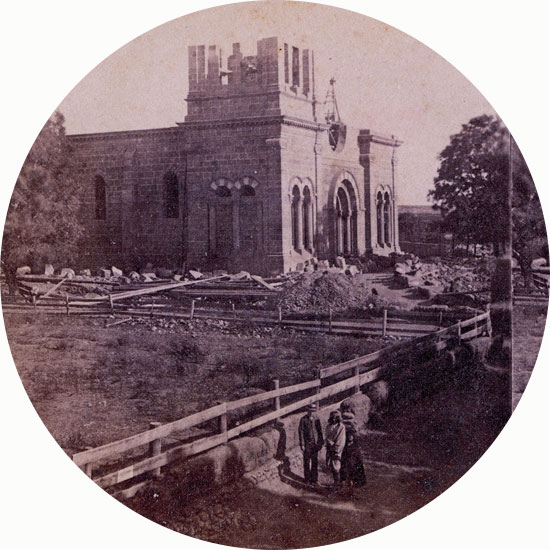 Hat and/or sunglassesLayered clothing, including a light, long sleeve layer for sun protection and a rain layer