When High Noon opened its doors in July of 1974, we added to the building's colorful history. Originally constructed as a home sometime between 1750 and 1785, legend has it that the structure has been both a gambling parlor and a brothel. With the addition of two rooms in the late 1960's, it became home to a Spanish furniture maker as well as his retail storefront. The original building remained an apartment until High Noon took over--its last tenant being a Catholic nun.   VIEW MENU »

Tour meets at 6:30 PM in Hotel Chaco’s lobby in Old Town Albuquerque and ends around 2:30-3:00 AM at the same location.
Includes Acoma Pueblo entry fee, with photo taking privileges, and a festive dinner at High Noon Saloon

The Spaniards began to colonize this region in the early 1600s and continued their missionary influence for the next couple hundred years. Consequently, Puebloan beliefs and practices got intertwined with Catholicism and the Indian pueblos set their own mark on Christian holy days. 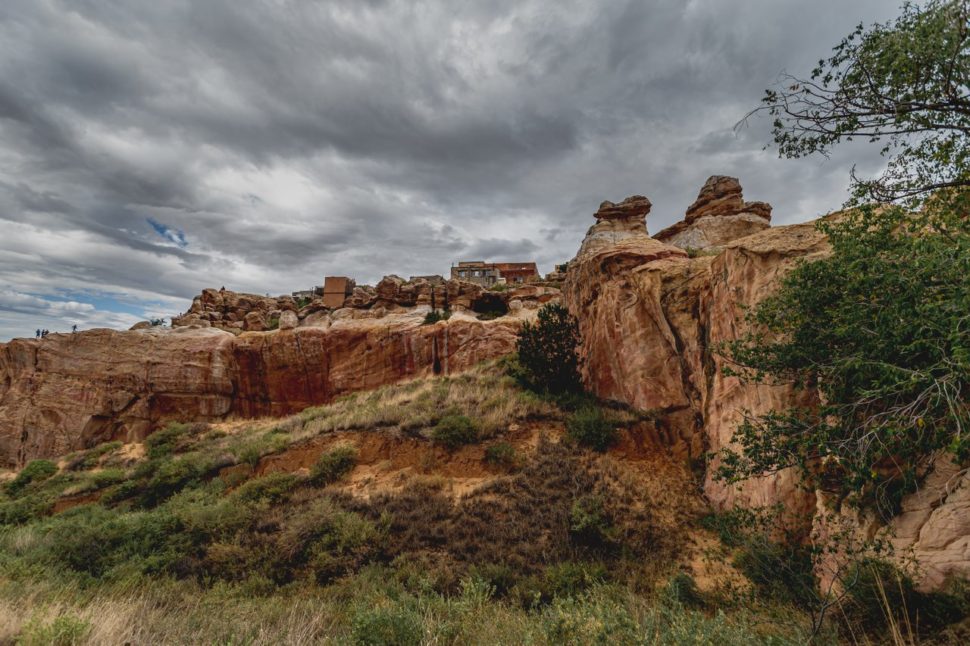 Acoma Pueblo, one of the oldest continuously inhabited communities in North America, celebrates its midnight Christmas Eve Catholic Mass by combining distinctly Puebloan traditions steeped in Native American spiritualism. This extraordinary tour will give you an opportunity to touch an ancient yet presently existing past.

We’ll pick you up at Hotel Chaco at 7PM and go for a stroll around Old Town, where we’ll enjoy New Mexico holiday traditions like luminarias (small paper candle lit lanterns) and traditional foods.

After we have filled our bellies, you’ll travel West along I-40 to Acoma Pueblo’s Cultural Center and Haak’u Museum. From here, you’ll have the choice to journey up the 367-foot climb to the Sky City by shuttle or by foot. Whichever way you choose, you’ll have over 2,000 luminarias illuminating your way to the top of the bluff. 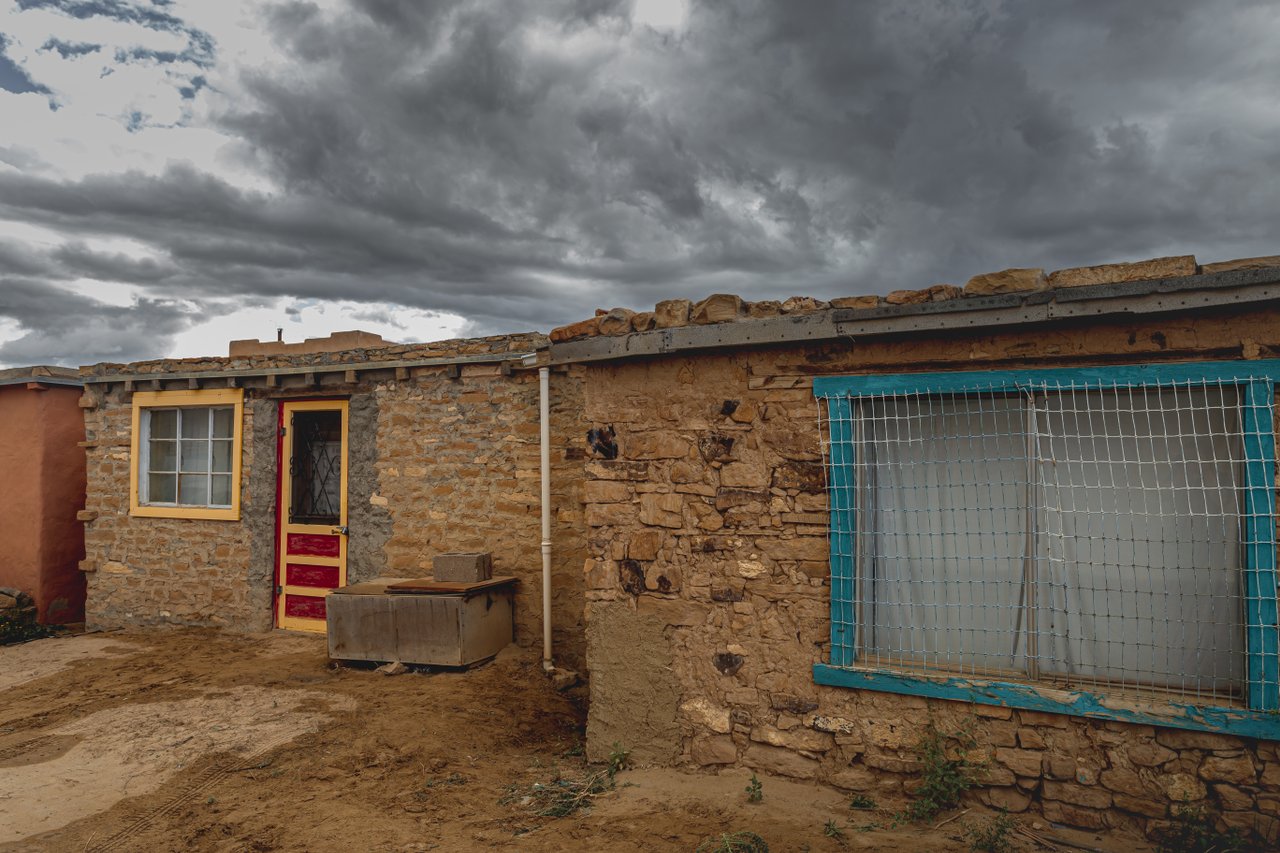 Once in the Pueblo, you will meet Puebloan families, be inspired by the unique architecture and see sites like sacred kivas and the Puebloan motif decorated by San Esteban del Rey Mission Church. The church will be bedecked with light, beckoning visitors and worshippers to enter, where the midnight mass will combine with various ceremonial dances by Acoma clans. Traditional Puebloan dances that have been danced for a millennium, will take place in the church. Drumming and singing will fill the sanctuary as headdresses bob and dancers step gingerly forward with prayers of peace.

The dances performed are subject to change as different clans perform each year, so you could witness the antelope, deer, buffalo, turquoise dance, etc. With thirteen clans, several will perform at midnight while the rest will continue over the next few days.

This is one of the few times of the year where the Catholic religion and ancient Indigenous spirituality intersect, and you will be fortunate to be able to witness it since Acoma opens it doors to visitors on this special day. If you’re up for an enchanting, spiritually oriented evening with an interesting mix of Spanish and Indigenous traditional observances, then this long, fun and exciting evening is for you. 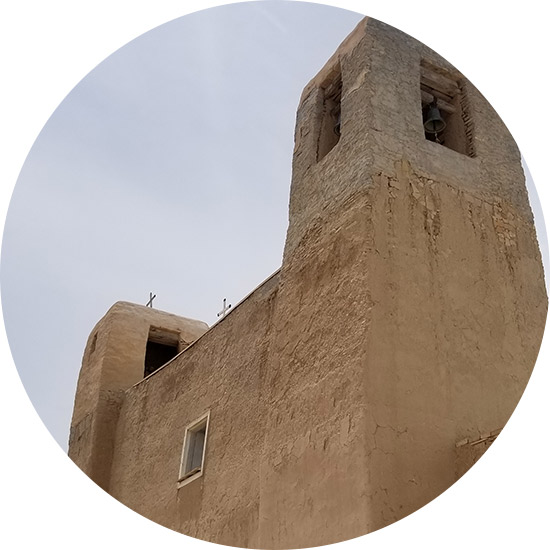 San Esteban del Rey Mission Church is the oldest surviving European church in New Mexico. It was built between 1629 and 1641, it is a beautiful architectural hybrid of Spanish Colonial and Puebloan style. Many of the 40 foot long ponderosa pine timbers that line the ceiling are original and were brought to the mesa on foot by captive Puebloan people. The journey to the San Mateo Mountains was four days long and once the timbers had been blessed by the Franciscan Friars, these “holy” logs were no longer allowed to touch the ground. It is said that the Puebloan’s had to sleep at night with the logs stretched across their chests.

A legend in The Duke City. When High Noon opened its doors in July of 1974, we added to the building’s colorful history. Originally constructed as a home sometime between 1750 and 1785, legend has it that the structure has been both a gambling parlor and a brothel. With the addition of two rooms in the late 1960’s, it became home to a Spanish furniture maker as well as his retail storefront. The original building remained an apartment until High Noon took over–its last tenant being a Catholic nun.

Great steaks and wild game have always been the focus of the menu, and that takes a creative turn with our interpretation of the many diverse cultural influences that helped to create Southwestern cuisine. Feed your inner cowboy with our best-selling signature steak: the brown sugar-coriander cured tenderloin served atop wild mushroom enchiladas. Sample some of the spicier fare with a stuffed relleno or our legendary green chile stew. There is something to tempt every palate as we continually create New Food from the Old West.