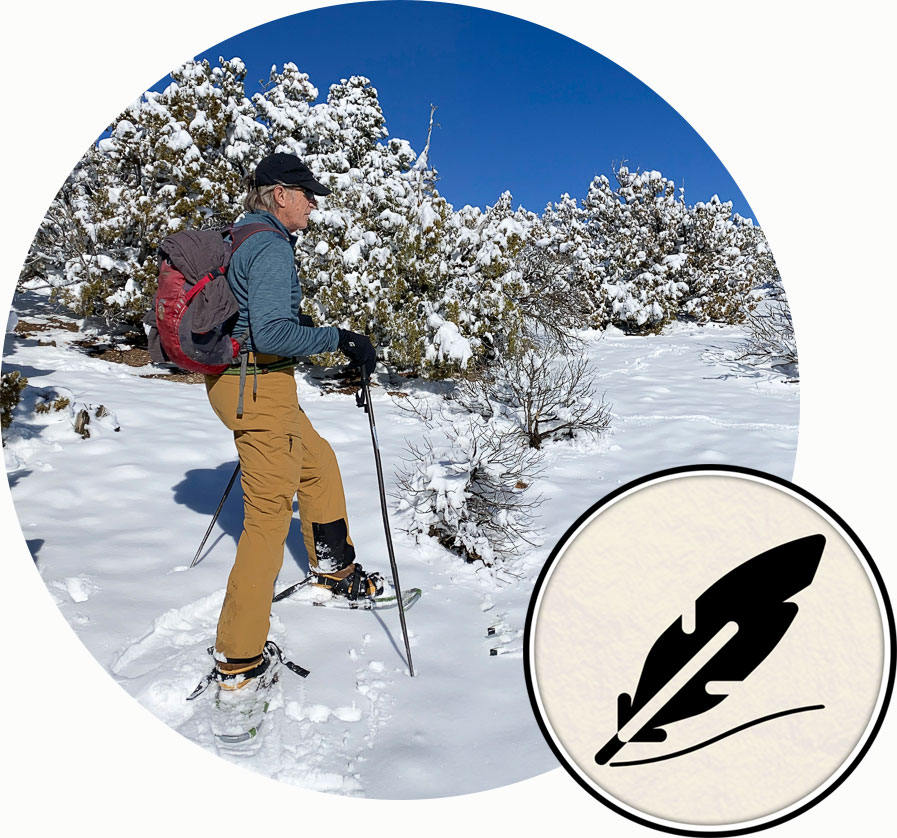 Category: Beyond the Itinerary   |     Comments: None

Is there a better way to experience the great outdoors than a river rafting or kayaking excursion? You’d have a hard time convincing me, as it combines the beauty, excitement and sense of discovery found on a backpacking trip, with the river’s flow bringing the landscape to you! 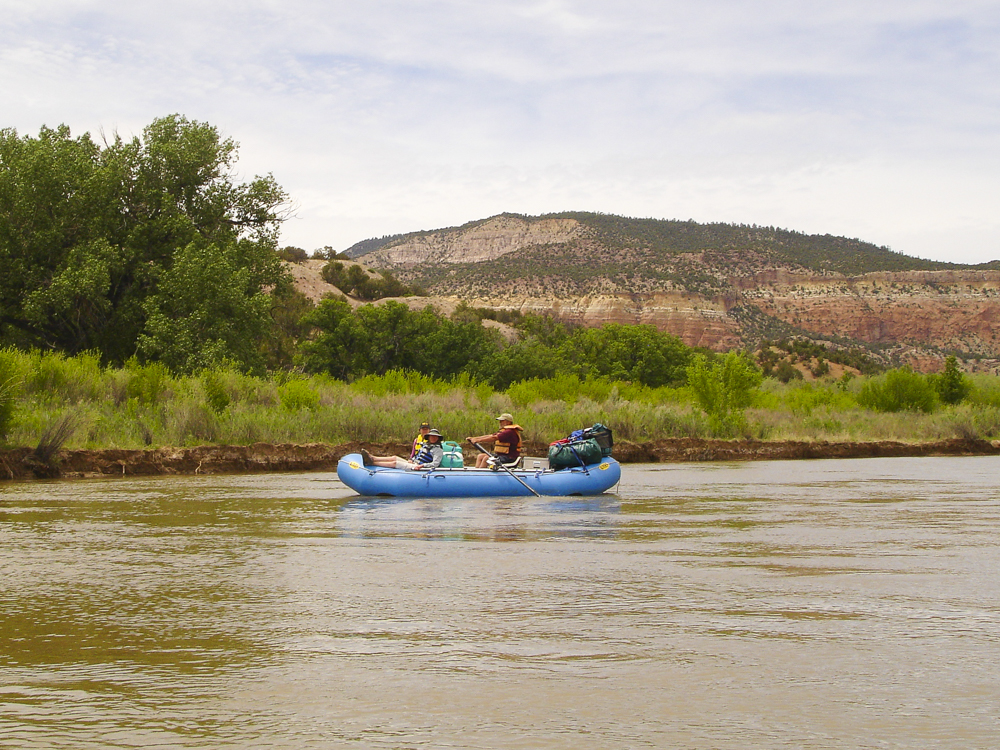 Over the years I have participated in a handful of multi-day river excursions, but I have also found shorter ventures deeply rewarding. River trips with their thrills (and perhaps spills) are an opportunity to effortlessly absorb the vibes from the watery realm and the splendor of lands traversed.

The Rio Chama Wilderness is a place of deep quiet, abundant wildlife, primeval forests, and soaring cliffs. On one memorable two-day float, we put in below El Vado Dam and emerged near the Christ in the Desert Monastery. Along the way we negotiated a few exciting rapids, but mostly serenely drifted through 800-foot deep slickrock canyons of salmon pinks, buttery yellows, chocolate browns and pale tan sandstone. At times we slipped over the side to swim alongside the boats.

Lulled into a sense of tranquility on day one, I opted to try the one-man inflatable kayak on day two. I encountered mostly flat water as we glided along, with only the slap of paddles on the oar raft and the gurgle of eddies interrupting the silence. Then word was passed: prepare for a hard right bend where the water is channeled into a narrow slot on river left at the foot of a small cliff. I felt the tug of forces grab ahold, and with urgency, dug harder with the paddle and just grazing the wall, quickly shot downstream. 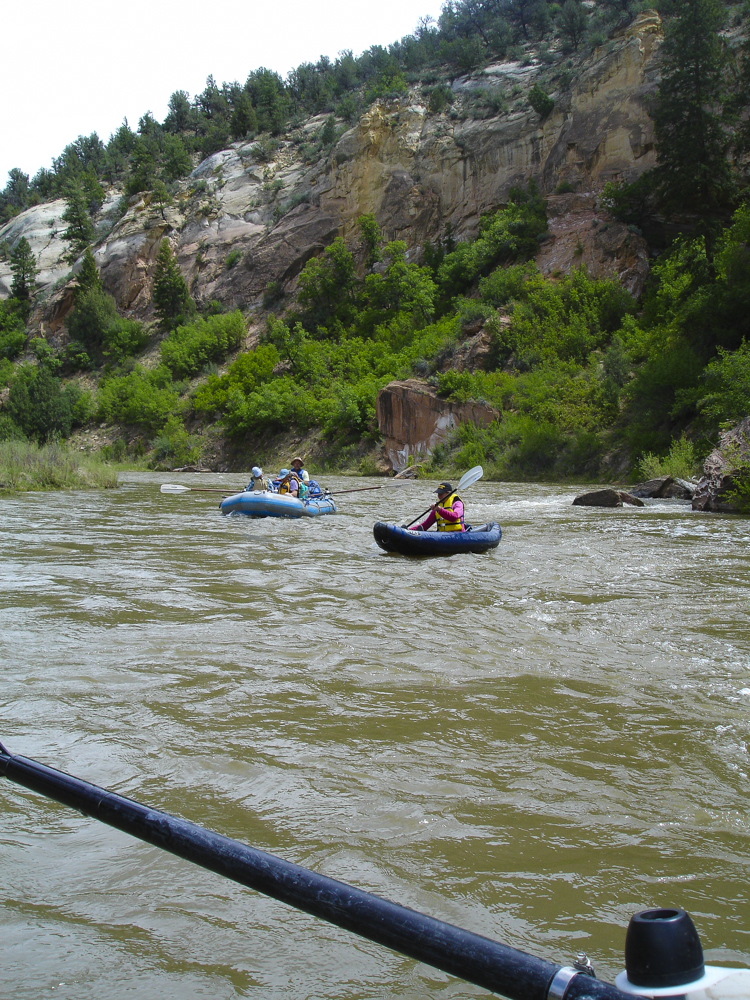 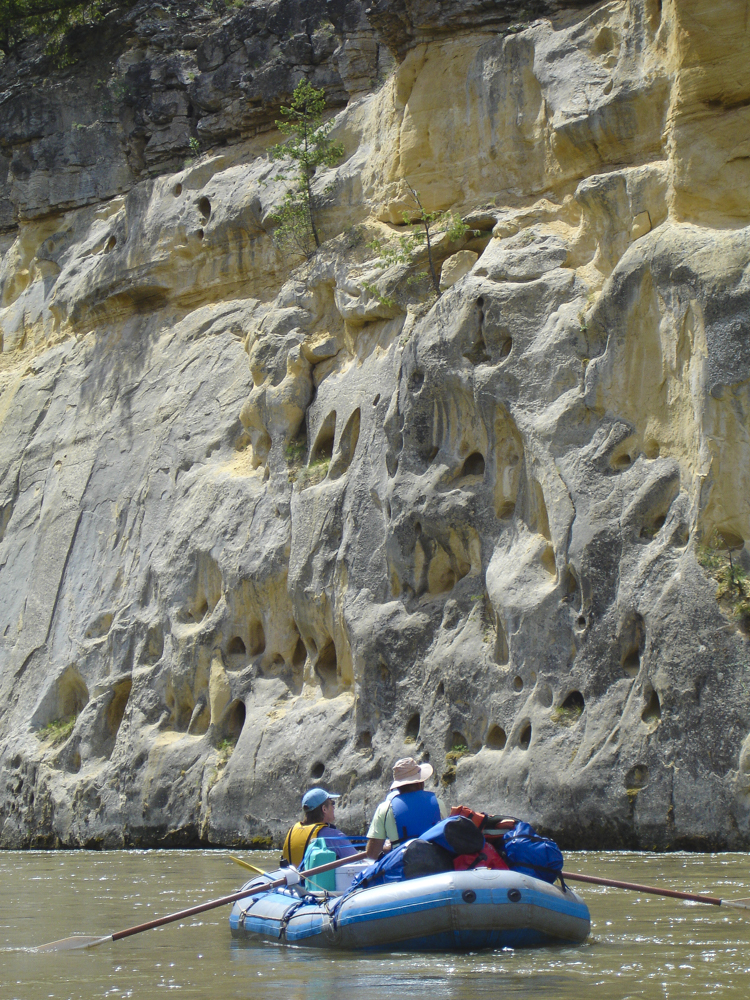 Our “free day” allowed us to explore a twisting slot canyon that wound upwards towards the elusive rim. Each turn of the sandy trail revealed new and exotic rock formations.

Finally, we reached a natural amphitheater scalloped into the uppermost ramparts, where trickles of water fed a carpet of ferns and flowers. We were “cliffed out,” meaning perched on a precipice. After a delicious lunch, we returned to camp at our own pace. A few of us took siestas, some rafters tried their hand at fishing for  the massive German brown trout, while others staged a miniature boat race with hand-crafted vessels.

That night, instead of the freeze-dried or similar fare of a backpacking trip, we enjoyed cocktails, ice-cold beer and gourmet meals served on real plates with real silverware. Such are the benefits of having a “barge boat” along that carries tons of gear, ice chests and real food!

But, even a few hours on the river can become a real adventure, such as a trip on the Race Course or the Orilla Verde sections of the Rio Grande. The canyon’s lower reaches are perfect for families with young children with white water spicy enough to make it thrilling, and mellow stretches that relax the soul. 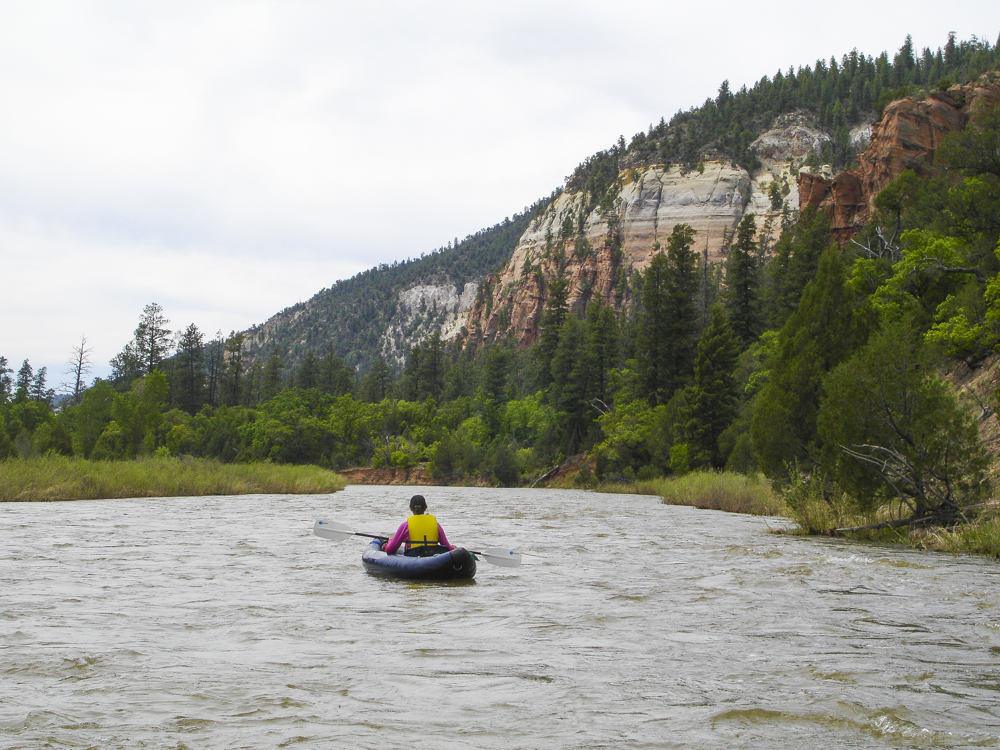 A daylong float through the Gorge takes you through one of North America’s major canyons, almost 1,000 feet deep in places.

If lucky, you may spot the bighorn sheep perched on precipitous cliff bands or see river otters playing in eddies. You might get a chance to soak in the natural mineral hot springs that bubble up along the river’s edge, and you will certainly buck, plunge, and rip through some of New Mexico’s “big water.”

So, in the land of sand and rock, slip onto one of the region’s ribbons of water and green, and see the land from an entirely new vantage point!

Check out H.I.’s river offerings today and “get wet!”