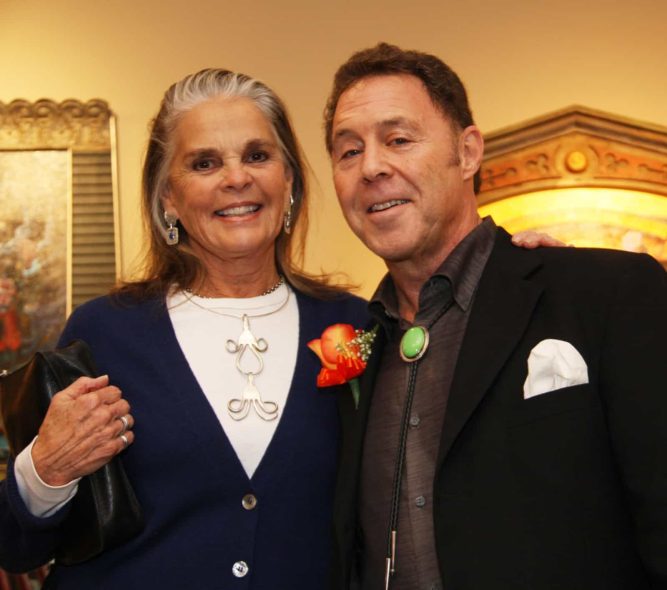 Ok if you missed the Premier screening of Awakening in Taos in Taos you have another chance! Heritage Inspirations and Palacio de Marquesa are hosting Mark Gordon, the director and writer of the documentary about Mabel Dodge Luhan’s life in New Mexico. Mark has been involved in film making all his life, starting in elementary school and going to school for film, broadcasting, and later theater and writing. Mark adventured to New Mexico in the late seventies and tried to get a film company going back then, but it was too early for the story to be told. He started reading Mabel’s work and realized there was a story that needed to be told. He felt compelled to bring her life to center stage so to speak, and something tells me she would like it as she was center stage often in her long life. And this was no small undertaking—this film has been a work in process for ten years. Awakening in Taos is in a partnership with PBS to be broadcast on PBS affiliated stations and they are in the works to develop a series about Mabel! Personally, I love the film and believe it accents the importance of what Mabel did for Northern New Mexico. She brought countless artist here along with helping preserve the Northern Pueblos through her political influences. She embraced the culture and wanted to share it with as many people as she could capture! Below is an excerpt from Awakening in Taos website:

Born in Buffalo, New York, Mabel was a woman unique to her time. Her influence extended into the world of arts, music, literature and activism for social change. In her late 30s, she experienced a life-altering arrival at a small town in Northern New Mexico and embraced a Native culture in a way that seized the attention of the artistic and literary world. Dodge helped put Taos on the world map as a place of distinctive beauty and transformative spiritual power. Mabel moved from Greenwich Village to Taos in 1917, and found herself mysteriously compelled to experience the world of Taos Pueblo. Much to the surprise of both the outside world and Taos’s traditional Native American culture, Mabel married Antonio Lujan, a full-blooded Tiwa Indian from Taos Pueblo. This marriage required unbelievable mutual sacrifice and enormous courage on both of their parts in the early 20th century. Together Tony and Mabel created a revolutionary bridge between two cultures and brought the sophisticated but decaying urban culture of the early 20th century into direct confrontation with an ancient culture based on natural rhythms and a sacred respect for the mystery of all existence.

The home of Mabel Dodge and Tony Lujan became a creative bridge between cultures and an inspiration for many writers and artists over the years. Among those they hosted were such outstanding artists and celebrities as D.H. Lawrence, Georgia O’Keeffe, Ansel Adams, Andrew Dasburg, John Marin, Marsden Hartley and many other creative minds in the worlds of art, literature and music. The film explores in depth the visits of both Lawrence and Mabel and Tony’s friendship with O’Keeffe.

We are so excited to host Mark at Palacio de Marquesa. His enthusiasm and passion are infused throughout the documentary. I especially enjoy Tony Luhan’s grandsons voice in Tiwa used to express Tony’s voice. If you haven’t been able to see the film this is your opportunity to see it in the intimate setting of Palacio’s living room which was built in the early 1920’s. Which makes me ponder if Mabel sat in an overstuffed chair here in this very house enjoying a salon style atmosphere…if the ghosts could talk!!!!!

Recent Awards for Awakening in Taos: