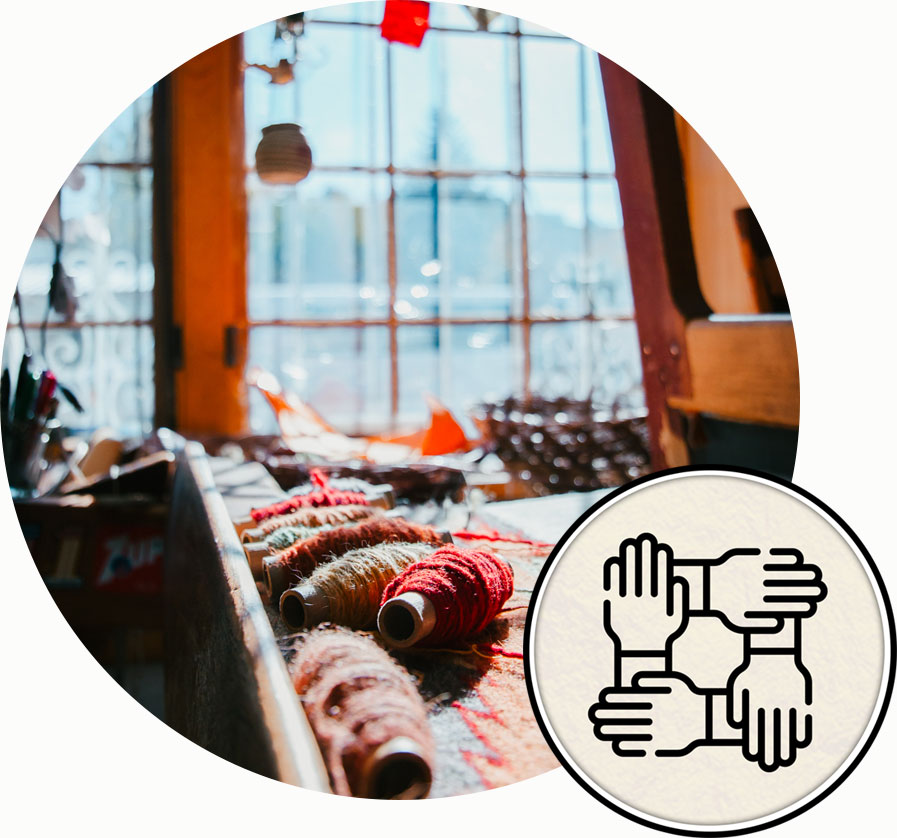 Our Inspired Guides interview local artisans + businesses + partners that make up the unique tapestry that is New Mexico. 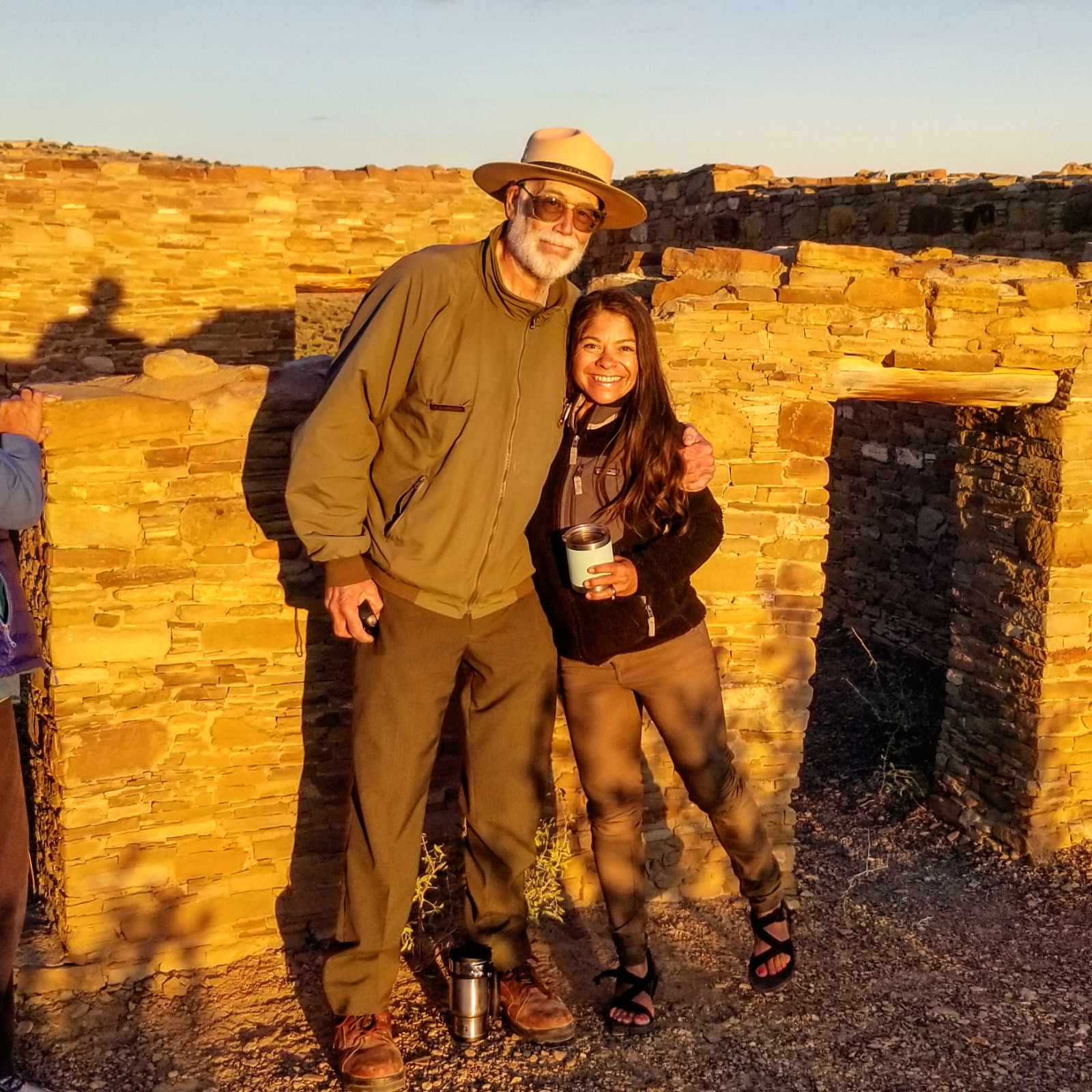 This month we meet with GB Cornucopia,

Over the course of 34 years GB has shared his enthusiasm for archeoastronomy with park visitors, and has humbly engaged his Pueblo and Navajo friends to gain a fuller understanding of the living culture of Chaco. GB Cornucopia has been an important mentor for our team at Heritage Inspirations, and has guided us as we evolved our Chaco experiences. 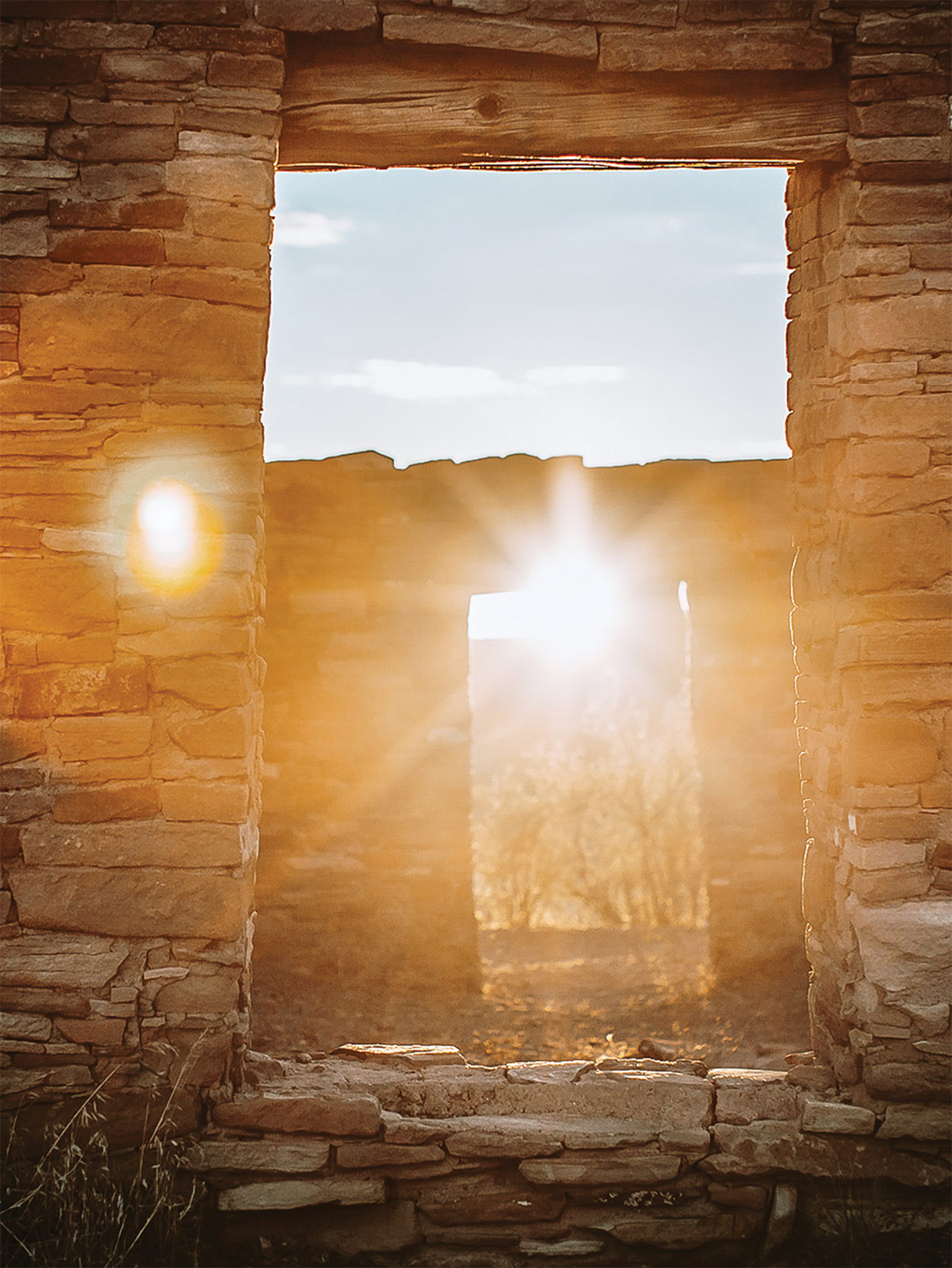 A conversation with GB Cornucopia and H.I. enthusiast Anee Ward

Anee: How did your lifelong fascination with Chaco Canyon begin?

GB: In 1980 I was living in Kentucky when I saw Carl Sagan’s series “Cosmos.” There were several programs on Chaco. When they got to the significance of the SuperNova of 1054, it was lodged in my brain. I just bought a telescope, and then decided to go to Chaco. The first year I volunteered as a seasonal ranger.

Anee: What is this SuperNova of 1054, why was it so important?

GB: A SuperNova is when a star blows up. SuperNovas have a certain mass, and always have similar brightness. In six to eight minutes the event can produce as much energy as the sun in its 10 Billion year lifetime. Upon witnessing the explosion one can ascertain the distance of the SuperNova by its brightness. Consider the star explosion reflects a 100 Kilowatt light bulb, it is always that 100 kilowatt bulb that just appears dimmer the further away you get.

In 1054 the SuperNova was so bright it could be seen for 23 days in the daytime, and stayed bright in the night sky for 2-3 years. A famous Chaco pictograph believed to refer to the event exists on the underside of a rock overhang protected from the elements. Painted in red oxide ore the image depicts a star, a crescent, and a handprint pointing east.

In that day, Chaco was a very busy place, the community reached for fifty to seventy miles in all directions. This SuperNova would have been a very compelling event witnessed by many people.

Anee: How did the Chaco Night Sky Program begin?

GB: When I was a volunteer I would invite guests over for nightly star parties and to look through the scope. And that was not enough for me so next year I became a Seasonal Ranger. The popularity of these programs continued, and I was asked to purchase more telescopes, bigger telescopes. And in 1998 we set up an observatory with the help and contributions of John Sefick. We were the first National Park to have an observatory with a dome housing a big telescope that was open to the general public and fostered many research programs.

Anee: What has Chaco taught you? What can it teach us?

GB: I got very interested in the ancient people’s methods for telling time using the sky both in the daytime and at night, and the natural alignments people would have used to keep them in the track of time.

Ancient People had a direct perception of what nature is doing. They had to keep a close watch on Celestial patterns or their community would die. The people doing this, the sun watchers , the star watchers, they were important, that is why they were priests. Today Pueblo people still have that direct connection with nature. These ancient traditions aren’t just ancient, they are very useful for us now. Understanding seasonal changes tells us when to prepare, and that is precisely what our modern culture is missing. Most people can’t see the Milky Way anymore, but everyone saw it two hundred years ago. We have become insulated. Watching the seasonal and celestial changes helps keep the balance. It tells us when to gather, grow, harvest, when to be austere, when to spend. This is what the Pueblo and Navajo people taught me.

Anee: What is the greatest misunderstanding people have of Chaco?

GB: So much has been written about Chaco. It was believed the people just disappeared. There is nothing further from the truth. The culture did not collapse, it changed, it survived, it is still here.

It could have been a drought. As the world changed, the ancient people needed to change, and they were flexible enough to know this. And as a result the culture is still very vibrant, very alive. It altered, it changed, so the memories are still there among the people. They went to the Rio Grande, they went South, they went over to Hopi. When you go to Chaco you are not seeing the end of a culture, you are seeing the specific time of a culture.

Anee: What do you hope visitors take away from the Chaco Experience?

GB: Well I tell people if you have been inspired here, take it home with you. Even if you go into the city. There are a series of photographs out of New York City where the sun aligns with one of the avenues. And it rises so you can stand at the other end of the avenue and watch the sun come up between the buildings all the way down the avenue. You can do it in New York City, you can do it anywhere. Even if you can’t see the natural horizon markers, you can start documenting where the sun rises in your window, and how that changes in certain seasons, and you will start participating in what the sun is doing on a deeper level. When the sun gets low in the horizon, it gets cooler, the animals change. So you don’t have to be in Chaco, to learn the lessons Chaco has to teach.

GB Cornucopia is a contributor to the book, “The Greater Chaco Landscape: Ancestors, Scholarship, and Advocacy” edited by Ruth M. Van Dyke and Carrie C. Heitman, published by University Press of Colorado, exploring the many facets of cultural and natural preservation. 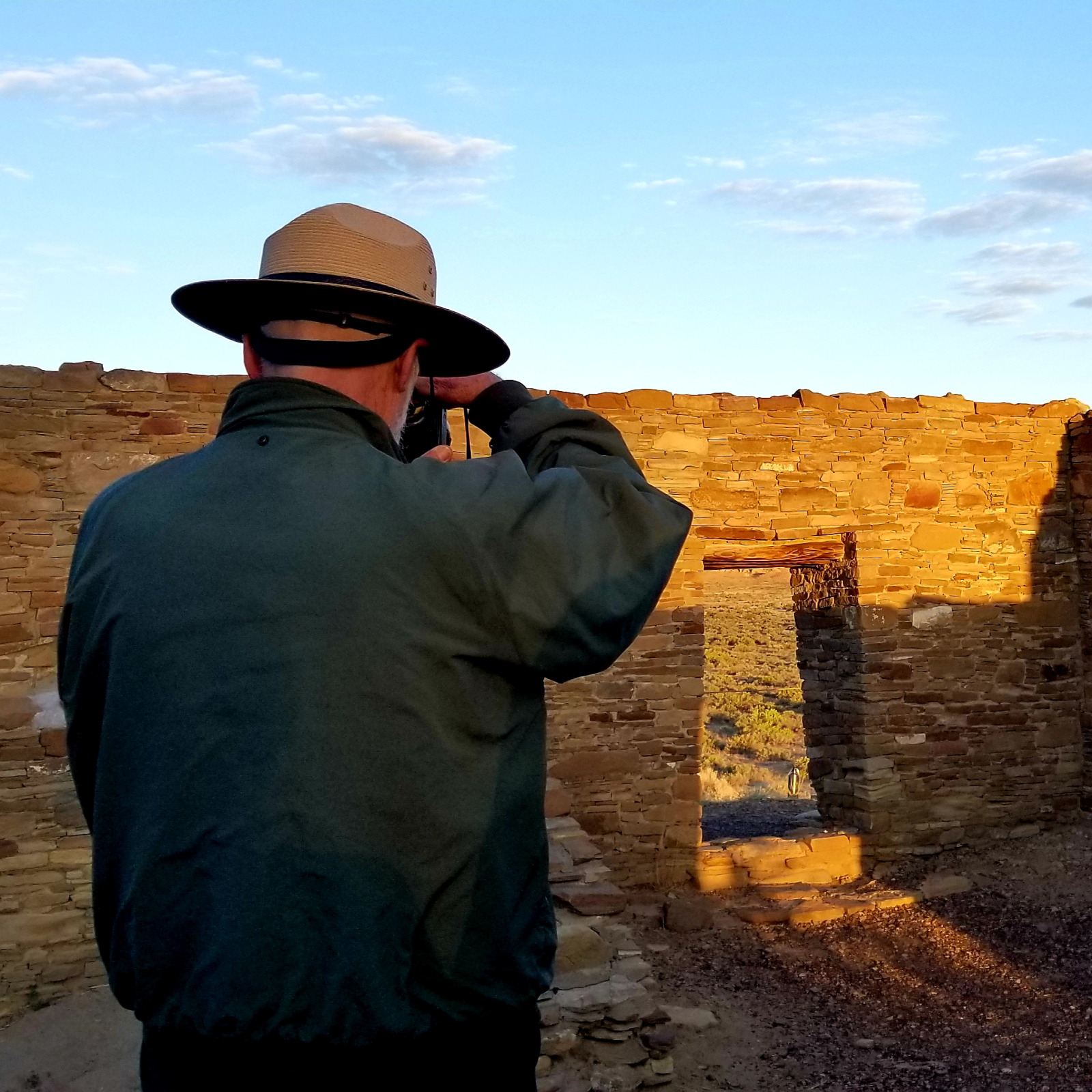