Albuquerque is the epicenter of southwestern influence
and tradition, set at the foothills of the Sandia Mountains. 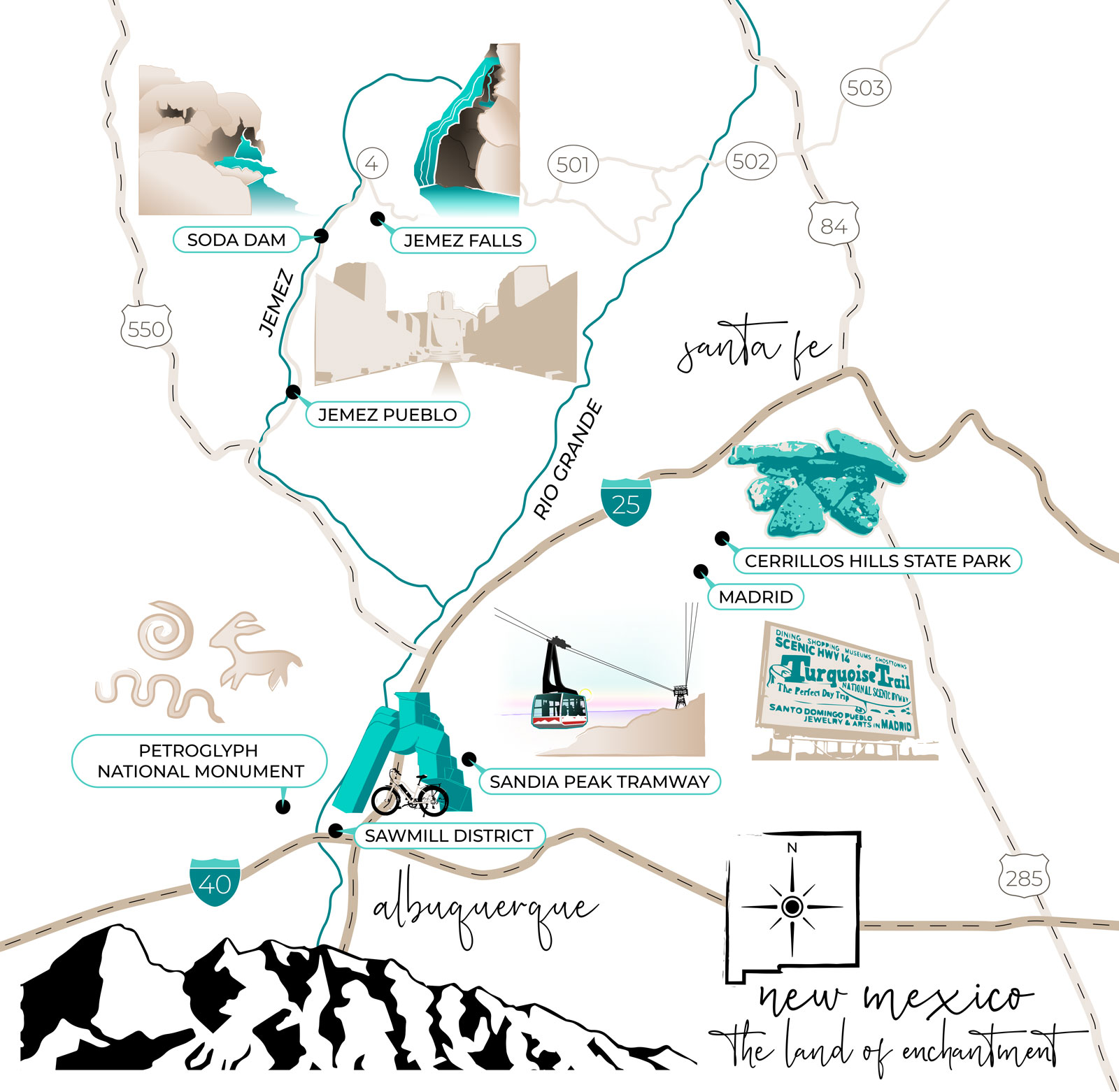 ¡Bienvenidos! In 1706, Fransico Cuervo y Valdés wrote to King Philip V, “I certify to the king, our lord and the most excellent viceroy that I have founded a villa (village) in a good place in regards to land, water, pasture and firewood.” Valdés was writing about his claim of being the founding father of Albuquerque. Albuquerque is made up of multiple villages and land grants that over the last 316 years have integrated and grown together. Being the central metropolitan city in New Mexico, Albuquerque still holds on to the individuality of each of those villages and communities. Each with their own charm and fragrant with their own history.

Albuquerque is one of the most culturally diverse cities in the nation and it is the epicenter of Southwestern influences and traditions. We love our distinctive cultures, celebrate our differences and our similarities as a joined community. We are one of the most entrepreneur friendly cities in the USA. Albuquerque boosts true genuine home style cuisines from all over the world. Some of the best Mexican, Thai, Vietnamese, Persian, El Salvadorian, Indian and pre-colonial indigenous restaurants to name a few. There are European and Mesoamerican Grocery Stores, multicultural grocery stores, Indian Spice Shops, Delicatessens and Italian Bakeries. The food scene only increases by the dozen if you are in the mood for street food as we have an abundance of food trucks and food halls to choose from.

Did someone mention beer? Or craft coffee? With over 50 microbreweries in the metro, craft brewing is a prospering business in Albuquerque. Southwestern Brewery was the first to open their doors in 1883. It was the best show in town and was notorious for its late night Wild West behavior. The brewery served up over 30,000 barrels of German style pilsner each year. After prohibition, brewing didn’t come back into fashion until 1993 when the demand started to grow again and by 2008 we hit a brewery boom. Coffee is much the same, there is no shortage of craft coffee houses and roasters in the city. Some locals have made a goal to visit every one of them back to back. Goals!

Travel in any direction from Albuquerque. The scenery and landscape change dramatically making Albuquerque the perfect launching point to our unspoiled outdoors. From the scenic drive through sacred lands into the nearby Jemez Mountains, where slotted canyons are shadowed by towering ponderosa pine trees and cascading waterfalls, to the Rio Grande’s Paseo del Bosque river trail system right in the heart of the city, there are an abundance of adventures awaiting you.